Aldea, a provider of high quality, ultra-low latency, reliable video services and solutions for the television and media industries, has joined SVG Europe as a new OB/SI Sponsor. 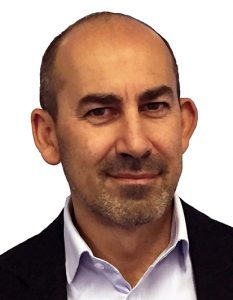 The company provides end-to-end worldwide transmission and content distribution services and operates an extensive fibre-based network, with points of service covering 35 cities and 25 countries throughout the Americas and Europe. Its services include full time and occasional use services, HD and 4K encoding, along with other production and transmission services a customer may require.

On why Aldea decided to join SVG Europe, Lionel Bentolila, CEO at Aldea, stated: “With offices in the UK, Canada and Mexico, Aldea decided to commence its first ever subscription with SVG Europe as it views SVG Europe as a catalyst for facilitating the right discussions amongst stakeholders involved with the production and distribution of sports content in Europe.

“As a leading provider of video services over fibre, Aldea is seeking to increase its collaboration with different media and technology companies in Europe,” continued Bentolila. 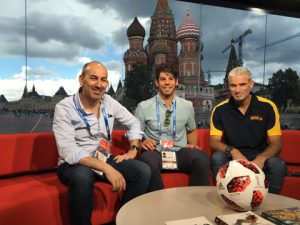 Aldea’s CEO, Lionel Bentolila, at the 2018 World Cup in Russia

In 2018 to date, Aldea has successfully delivered live video coverage of both the Pyeongchang Winter Olympics and the FIFA World Cup in Russia. For the World Cup, Aldea implemented over one hundred video and data services in four different continents using its network and temporary provisioned fibre infrastructure, and transmitted over 5,600 hours of live video content to 14 customers including UHD 4K.

For the balance of 2018, Aldea will continue to work on numerous events and will commence preparations for its coverage of the 2019 Pan-American Games from Lima, Peru.

Aldea’s services are used by leading broadcasters and media companies around the world for the transmission of sports, news and television programming.