On the right track: Sportall goes global with UEC and FFF 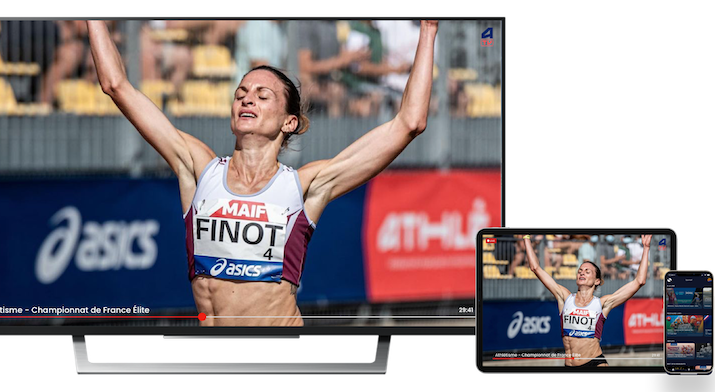 Sportall is an exciting French start up that works with smaller rights holders such as clubs and federations, offering a way for them to capture, produce and stream events directly to fans, while keeping control of their content.

The unique aspect of the Sportall offering is that it provides an opportunity for those more petite rights holders to get to the fans that want to see them, claims Sportall’s chief technology officer, Arnaud Caron.

“Every fan deserves to have their own platform and their own experience for getting access to content,” says Caron. “We have seen that the TV market is really not keen on buying additional rights beyond the top rights, such as football and rugby.

“Rights holders like the federations and the clubs have found it very difficult to get an opening on the broadcast networks, cable TV, and get that paid as well. So now they pay for being displayed on national TV, which is a very non-efficient way for them to spend their budget.”

Direct to the fan

The Sportall platform is a low-cost, cloud-based application that helps rights holders to reach fans directly with the content they want to see. It works on a revenue share model, with both parties co-operating to expand their visibility and promote their offering.

The company also offers white label solutions whereby the bigger rights holders can build their own platform and deliver DTC to fans via the Sportall technology.

“In this case, they can offer some freemium offers with some free content, highlights, some lower events they organise, to get them known to the market,” he adds. “But, at the same time, they get some direct revenues from subscribers by selling pay-per-view events or by selling monthly or yearly subscriptions for some of the specific events they produce. In addition they can get revenues through sponsorship for the platform.”

The platform has proved popular across France, with rights holders including the French Athletics Federation, UEC, the French Football Federation, and the French Ski Federation all coming on board. Sportall’s subscriber count currently totals more than 100,000.

Caron says: “We’ve been on a road trip to all the French federations in the past two years, learning the market because we don’t really come from a sports background. We got some investors and partners that come from sport specifically and we understand well the issues facing rights holders today, which is they are not able to build up to capture events easily, or they have to pay for a very high broadcast quality even though they play only one event a year.”

As the platform has proved a success in France, so the opportunity for expansion further afield became clear. This opportunity works in two ways, as Caron explains: “The first way is to bring some international rights to the offers we have today. So, for instance, we work with the French Football Federation, it’s our biggest customer probably, we deliver all the first league of futsal in France and we are trying to bring some international contests to the offer so that French fans – or other fans – can get access to other futsal competitions and expand that offer. On the opposite side, we can bring French futsal to other markets, because we have the rights together with the French Football Federation.” 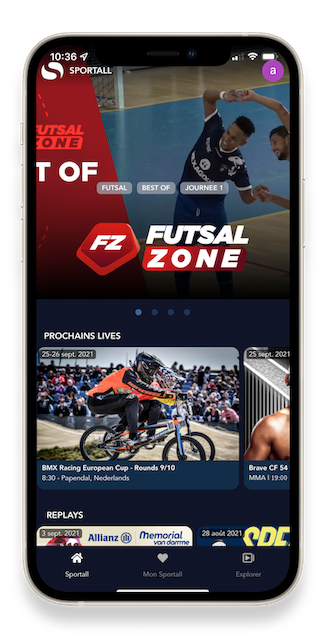 One example of this expansion in action is Sportall’s work with Union Européenne de Cyclisme (UEC), the European arm of the Union Cycliste Internationale (UCI). He says: “We built up this free platform for them as an expansion outside of France, and now it’s a global distribution for UEC. Anyone in the world can get access to the stream from a dedicated platform on tv.uec.ch.”

This led to a number of changes to the offering, for example delivering content in multiple languages in multiple countries. “The content is localised, there’s always localisation of the content,” he adds. “So we will have some partners that are able to localise the content or to do some French commentary or English commentary or Spanish or whatever commentary on top of the content. And then it’s just a question of the matrix of the rights distribution and the countries and then we can target the country with the offers.

And demand for this offering appears to be high. “We are extending because we see that there are a lot of rights holders that would like to deliver their content to multiple markets and simply cannot because it’s technically complicated,” explains Caron. “I know some rights holders have delivered or sold the rights in specific countries, but not in other countries and would still like to have this global DTC for the part of the rights they did not sell. We can offer them a platform globally that can reach that market.

“We can also geoblock content, so if you don’t have the rights to display your content outside of France, then we geoblock it. That’s what we do, for instance, with the Diamond League. As part of the vendor offers that we have with the French Athletics Federation, where we brought in the rights for Diamond League in France, we stream that and we geoblock it to France only, so that there’s no leak of the content.”

As Sportall expands geographically, it is also looking to expand its content offering, but the focus will very much remain on those tier 2 and tier 3 sports that the company feels struggle for eyeballs in the current situation. For Sportall, this includes MMA and BMX. 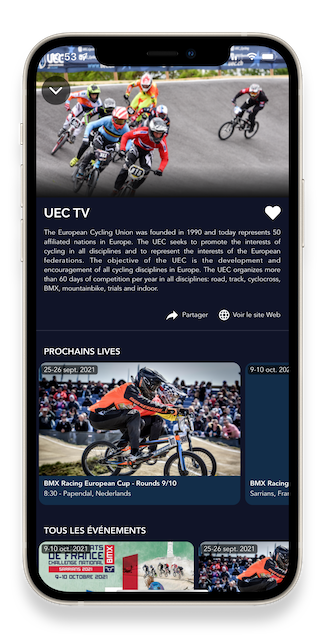 Anyone in the world can now get access to UEC TV

“MMA is kind of new in France, new in Europe as well, so it’s very interesting,” he enthuses. “BMX is very nice because it’s for young people, and actually our subscriber profile averages 34 years old, which is one generation less than traditional broadcast TV, which validates the model that we have built so far. We are also starting some rugby in France, but we are looking internationally as well. Besides the first leagues in France and Europe, there’s not much rugby and we think there’s a lot of value here and people are interested in it.”

As the content available expands, Sportall sees its role as a content aggregator developing too. “We’re also trying to be the marketplace of aggregating brands and aggregating offers, because we believe that you want to pay per sport and not pay for bundles of sports. Maybe you pay for a subscription for one year and you don’t know what rights this company will acquire next year. Maybe they will lose the rights for the Champions League and then you have to buy another subscription and so on. With our model it’s a freemium model, you pay per sport and you pay for what you watch, which is far less expensive and more efficient for you and very much aligned with the consumption of the people we are targeting for subscription.”

Sportall’s plans for the future will be supported by its long-term partner Wildmoka.

“Wildmoka has been a strategic partner for us since the beginning of Sportall,” says Caron. “We know quite well the two founders [Cristian Livadiotti and Thomas Menguy]. Wildmoka is very interesting because it brings some unique features to the market, such as near-live clipping. This gives any rightsholder the ability to directly get to the social networks with some very short clips, with pre-rolls, logos, everything animated in order to advertise and promote that they’re alive. This is a very expensive feature usually, but we have a good relationship and a good partnership, and they believe in this market. We offer these features bundled as part of Sportall’s applications.”