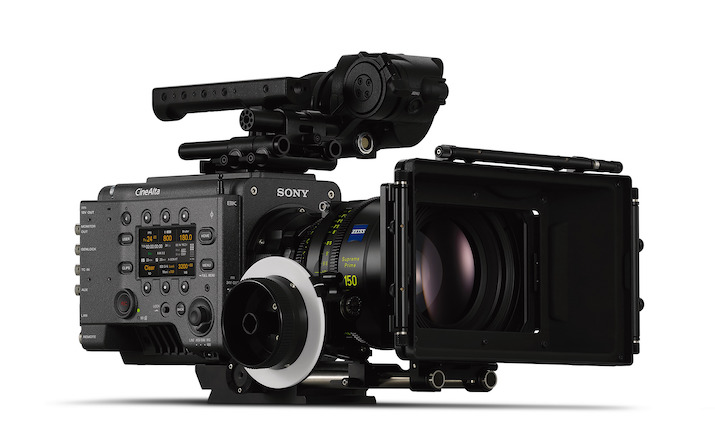 With broadcasters increasingly keen to add an artistic look to their live productions, Sony has been working to integrate its cinema camera technology into its live production workflows.

“BT has used a Steadicam with a Venice camera, Mediapro had a trial with the Sony Alpha 7S and the Venice, and the Bundesliga has been using Sony and Arri cameras. This is all to provide the director with a filmic appearance or, some people say, a video game-look – especially in football when players are introduced or for their reaction after someone scores.”

However, Paquet says that adding cameras capable of delivering a shallow depth of field had led to some workflow issues.

“For Mediapro for example, the Alpha is mainly a photographic camera. It can do video, but recording, transferring, controlling the data all became a bit of a pain.”

In a bid to ease these workflow challenges, Sony added compatibility with its S700 protocol which is used by RCPs (remote control panel) to allow for camera shading to its Venice and FX9 models.

“Nevertheless, these cameras – and their colour science – are primarily developed for film, drama and commercials. So, when it comes to integrating these cameras into a broadcast production workflow with more traditional studio cameras, you can try to match the picture look, but it’s very difficult to get it 100%,” says Paquet. 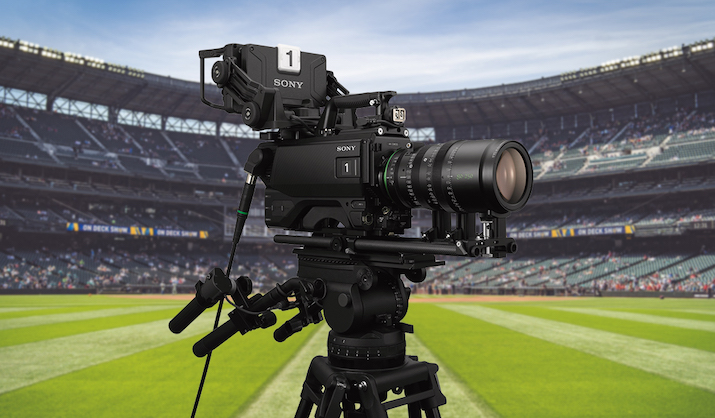 Launched a few months ahead of NAB2022 but on show for the first time at a major trade show in Las Vegas, the HDC-F5500 was used for the first time in Europe during a live sports broadcast scenario as part of the 4K HDR workflow used to capture the action of the Tyson Fury versus Dillian Whyte fight at Wembley in April by EMG UK and BT Sport.

“It’s a studio camera coming from the 5500s camera head, but instead of having a three chip, 2/3-inch B4 mount, it’s a single, chip, Super 35-millimeter PL mount,” Paquet says during NAB. “And that’s really interesting in the sense that we bring the colour science of the broadcast cameras, so that it can perfectly integrate and match from a workflow perspective. You also have the ruggedised SMPTE fibre and there is a wireless adapter if you want to use it as a wireless camera; accessory wise and in terms of operation, it’s totally seamless.

“In some ways it is a niche product, because you won’t do a 20-camera setup with this type of camera, but you can mix and match. And if you needed a long zoom range with a 100x box lens, then 2/3-inch is the only way. But this setup brings the cinematic look to the broadcast of live sports.”

Paquet adds that ES Broadcast has invested in 10 chains for its rental fleet. “The beauty of it for them as a rental company and for their providers they’re going to deliver them to, is that it shares all the common accessories and platforms from the other cameras so they only have to invest in the camera head, everything else they already have so they can combine the accessories they have based on the customer choice.”