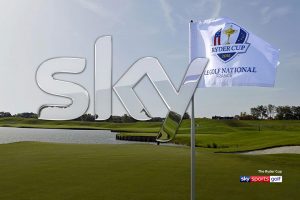 Sky has reported a 10% jump in core earnings, an increase in customer numbers and confirmed its intention to make all of its content available without the need for a satellite dish.

In the first half of its current financial year, the pay-TV broadcaster increased like-for-like revenues by 5%, taking it to £6.7bn, increased earnings before tax, interest and amortisation by 10% and added 365,000 new customers. Sky now has 22.9m customers across Europe.

Referencing its sports output in the UK and Ireland, Sky said it had “seen good growth in viewing”, pinpointing Formula 1 and rugby as positives, but didn’t provide exact figures. It also noted that viewing for English Premier League football “remains at a lower level than two years ago.”

In Germany, however, German Bundesliga ratings were up by 7%.

Italian sports viewing was also up, by 9%, it said, with bigger audiences for Serie A football, Formula 1 and Moto GP.

To help extend the reach of its services, Sky has confirmed plans to allow viewers to watch its output without the need for a satellite dish.

This will see all of its channels and on-demand content streamed over IP and viewable on an OTT version of its Sky Q box. Italy will be the first country to benefit from this move, which Sky referred to as a “major development.”

A Now TV Streaming Stick that can be used with smart TVs will also be launched.

Sky recently won exclusive UK and Ireland rights for live coverage of England football matches in the new UEFA Nations League. This is part of a contract that includes qualifiers for Euro 2020 and FIFA World Cup 2022.

In Germany and Austria, Sky is taking the UEFA Champions League exclusively to pay-TV and will start an exclusive four year deal with the Austrian Bundesliga.