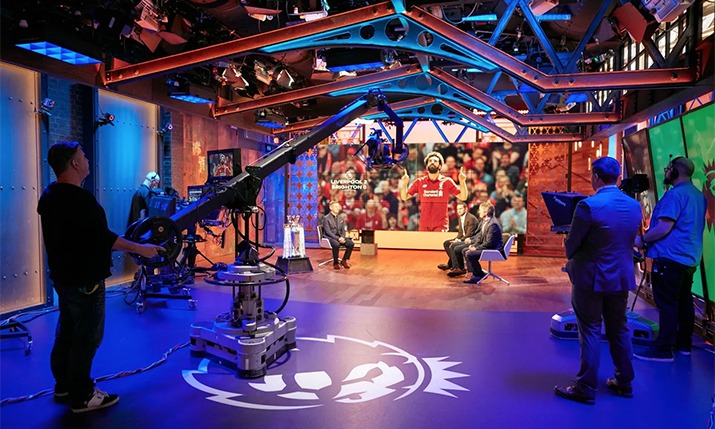 The Premier League has come to a new agreement with IMG that will see the two organisations continue to work together to operate Premier League Productions (PLP) for the next three seasons, a deal that will last until the end of 2024-25.

PLP produces and distributes all of the Premier League’s international content, including the broadcasting of all 380 Premier League matches. In addition, it creates and delivers a range of digital content and support programming, as well as the Premier League Content Service, which is broadcast by some of the League’s partners as a full 24/7 channel.

Paul Molnar, Premier League chief media officer, said: “The Premier League is delighted to extend our longstanding partnership with IMG as the provider of Premier League Productions for three further seasons to 2024/25. Our international broadcast partners are able to leverage the outstanding outputs of PLP to showcase the League to new and existing fans all over the world. We are excited to launch new innovations that will considerably enhance the content offering and production services in the upcoming cycle, and we are grateful for the expertise of the IMG team that will ensure world class delivery over the three seasons ahead.”

Next season will see a number of new innovations offered to broadcasters including a multi-cam service via the Cloud providing more content, more matches produced in Ultra High Definition (UHD) and the launch of a new content management platform called Turnstile.

PLP is also harnessing the latest virtual technologies to develop a new production space that will create a multi-room studio complex, providing separate settings that will give each programme a fresh new look and its own identity. Matchday Live remains the centrepiece of PLP’s output, providing wrap-around coverage of all matches with top presenters, pundits, and tactical analysis.

The formation of a new PLP digital & creative team will see continued expansion of PLP’s digital capabilities. On match days there will be a Matchday Social Channel producing 20-30 videos per day for broadcasters’ own social media channels. These will be produced by a team of on-site social media content creators and distributed in real-time. This team will also create daily digital content, including highlights, PL milestones and interviews, to help broadcasters engage their viewers throughout the week on every platform.

There will also be increased investment in original, VOD friendly content with the launch of PL Originals, a strand that will focus on documentaries, lifestyle interviews and timeless archive programming, to reach different demographics and engage new fans. Digital content will also be part of PL Originals with 2-3 digital films produced each week.

PLP also provides satellite distribution and onsite services for all matches and programming and extensive connectivity to all 20 Premier League grounds and training facilities via IMG Studios.

Nick Morgan, the managing director of Premier League Productions, said: “Our relationship with the Premier League continues to go from strength to strength as we to strive to provide a world-class service for the most popular football league in the world. The live coverage remains the most important element of our output and we continue to improve and evolve our matchday offering for international broadcasters. The added investment in enhancing our digital output also makes this an exciting time for Premier League broadcasters and the millions of viewers round the world.”

Barney Francis, Executive Vice President and Head of Global Production, IMG, added: “We are delighted to renew our partnership, and are proud to count the Premier League as one of our longest-standing partners within our growing production portfolio. As the world of sports consumption continues to evolve, we are consistently developing and delivering innovative, compelling, multi-platform content for our partners to reach new and existing fans, and I am excited for everything PLP has in store for the coming seasons.”