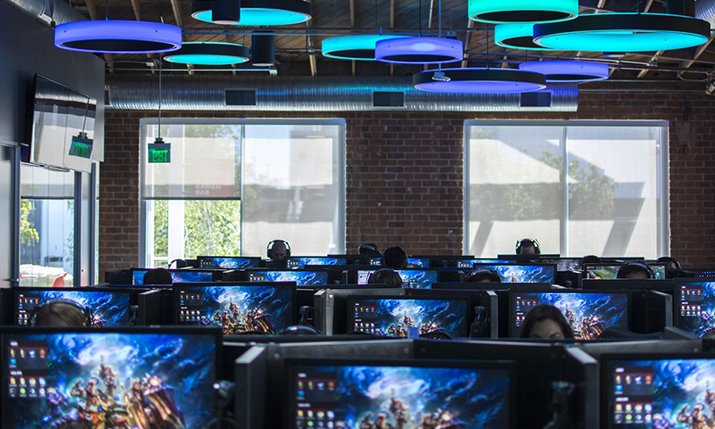 Calrec’s RP1 remote broadcast mixing system and Artemis mixing consoles have been selected by Riot Games to form part of a new remote production workflow that the eSports company hopes will help it to overcome the challenges of latency, transport and control.

Riot Games, one of eSports’ major game developers and tournament organisers, has been pioneering a remote production workflow for its many events worldwide.

With Riot’s unique production style, remote trucks have almost been eliminated. Instead, a transition to an ‘at-home’ system has been accelerated by the recent introduction of various solutions, such as Calrec’s RP1.

With all aspects of Riot’s broadcast production, the focus is on constant evolution and iteration in the service of efficiency and resilience. Just as broadcast producers have had to find unique workflows and presentation solutions for individual traditional sports, so too must eSports companies looking for ways to best present their specific competitions, it said.

“Our workflow is unique to each game,” said Matthew Donovan, broadcast engineering manager at Riot’s West LA production facility. “You have to know the game, the capabilities and the limitations, and be embedded with the developers to be able to visually represent that game in an engaging way for its fans. The technical obstacles you need to overcome will be different given different circumstances.

“The critical part is having a team embedded with the individuality of the games and experiences they’re trying to recreate and working with those challenges to create a good technical solution. But, there’s always a way to improve. There’s always a change that’s going to deliver more value,” he added.

For Riot, solutions manufacturers such as Calrec are making the necessary technologies more accessible. “Things that were more challenging are now a lot easier to accomplish,” noted Donovan, referring to the company’s RP1 remote production unit controlled by a Calrec Artemis mixing console.

This at-home production workflow supports Riot’s simple philosophy: “We try to keep as many people home as possible so they can sleep in their beds,” noted audio engineer Dave Talavera.