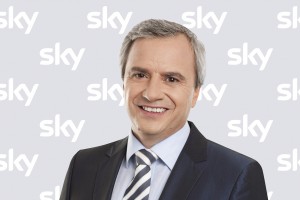 In addition to the drama  UltraHD content on demand, the live soccer games constitute the first material that the pay TV broadcaster has put on air in the UHD format. For this ambitious project, the entire production chain from ingest and storage to playout is based on UHD-supporting technology.

A key element in the UHD workflow is supplied by three Rohde & Schwarz Venice 4K servers, which are facilitating playout and recording of the programmes. As soon as the programme is recorded, it can be played out as a repeat or used in a compilation for programme planning to optimise broadcasting.

“The solutions from Rohde & Schwarz help us to offer our customers the best programme in the best possible quality,” says Christian Barth, head of strategy & architecture/broadcast services at Sky Deutschland. “The R&S Venice 4K enables us to optimise our workflows; it records a UHD signal as a complete native file, so we no longer have to merge quadrants via external systems and therefore also save time.”

While the R&S SpycerBox Ultra TL is used for storage, the R&S Clipster mastering system prepares the film material for broadcasting. The complex interoperable master format (IMF) in which the large production studios deliver material is converted by the R&S Clipster into a customised Sky IMF version. Broadcasting the UHD picture signals to viewers via the existing infrastructure requires powerful data compression based on HEVC technology. Even at reduced data rates, the R&S AVHE100 encoding and multiplexing platform ensures that picture quality is not impaired.

In addition to the selected soccer games that are shown by the two UHD channels, Sky will also present the 2nd Bundesliga games at its new free TV channel which will go on air in December 2016. Sky Deutschland acquired from the German Football League (DFL) rights for the time-delayed highlight coverage of the games of the 2nd Bundesliga in the free TV for the time between 10.30pm and midnight on Friday and between 7.30pm and 9.15pm on Sunday. The agreement has ben made for the four seasons from 2017/18 to 2020/21.

“By acquiring the highlight rights, we are strengthening our position as the number one soccer channel in Germany and offer the best coverage from the 2nd Bundesliga even beyond the live broadcasts,” says Roman Steuer, executive vice-president sport of Sky Deutschland. Already in June, Sky Deutschland had secured the exclusive live broadcast rights to 572 of the 612 games of the Bundesliga and 2nd Bundesliga from the 2017/18 season up to and including 2020/21 over all channels (satellite, cable, IPTV, web and mobile).

From next season onwards, Sky will be the first to broadcast all matches in the 2nd Bundesliga, including all top matches on Monday evening exclusively and live. “The rights are an important part of the programme for Sky Sport News HD, which will be available on free TV from December 2016, making it available to all viewers without a Sky subscription,” concludes Roman Steuer.