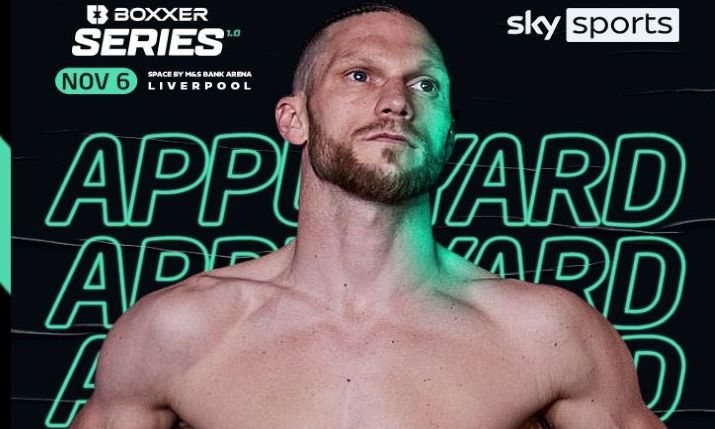 Sky Sports will trial and launch innovative new broadcast technologies this weekend at the debut of a new Boxxer Series of boxing events that will showcase grassroots British talent in a new fighting format.

The experimentation from the broadcaster will include a bespoke ‘Trainer Cam’ that will provide close-up shots of the boxers in their corners between rounds,  and a trial of 9:16 vertical format viewing on mobile devices.

Sky Sports struck a deal with Promoter Boxxer this year for seven fight nights, the first of which was on 2 October, and seven Boxxer Series events. Every Boxxer Series event features an eight-man, one-night tournament and will consist of four quarter-finals, two semi-finals and a grand final, with the launch night in Liverpool this Saturday 6 November live on Sky Sports.

Boxxer Series tournaments are based around a short-form boxing format which involves each of the fighters going through a round-robin of three, three minute long rounds, until the last boxer is left standing.

Jennie Blackmore, Sky Sports’ head of production for boxing and football, told SVG Europe: “We’ve done two fight nights already, and the first boxer tournament series show is this Saturday from Liverpool Echo Arena. The idea of the series is finding the next few exciting young boxing prospects, getting them showcased on Sky as well to help build their profiles.”

Sky Sports is running a trial of the 9:16 picture format, optimised for mobile devices, at this first event of the Boxxer Series. Once launched, filming in 9:16 will open up the possibility for viewers using smartphones to be able to get the best of the action on the small screen.

Trainer Cam will provide viewers with a personal close up of each boxer’s corner from their trainer’s point of view, and audio of what is being said.

Comments Blackmore: “Trainer Cam has been bespoke made for us. It’s a camera that is on a lanyard that the trainers wear, so when they’re bending over talking to the boxers in their corners, you’re right in the face of the boxer and you can listen to what they’re saying.”

She adds there will be more technology trials to enhance the boxing broadcast taking place this weekend, but that Trainer Cam is the only one that is currently being made available to Sky Sports subscribers: “[Trainer Cam] is definitely confirmed, and then there are quite a few other innovations in the pipeline that I know haven’t been fully confirmed yet.”

The Boxxer Series will visit every major city in the UK as part of Boxxer and Sky Sports’ commitment to supporting the sport at grassroots level, creating opportunities for boxers all over the country to compete on the biggest television platform in British boxing.

Says Boxxer founder, Ben Shalom: “Our grassroots tournaments have always been hugely popular but to bring this new event series to Sky Sports is a dream come true. We believe the events will be hugely popular for a mass audience and bring something very positive to the sport of boxing in Britain.”