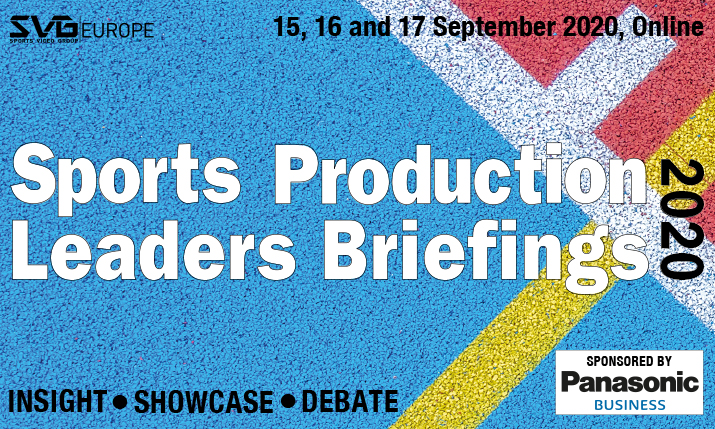 Adding to the already bulging line up of speakers for the Sports Production Leaders Briefings panels, part of the Sport Production & Technology Summit 2020, are executives from BBC Sport, DAZN, Infront Productions, CTV Outside Broadcasts and NEP.

The live hour-long Zoom webinars will take place at 4pm (UK time) across the 15, 16 and 17 September, bringing together key technology decision-makers from companies represented on the SVG Europe Advisory Board.

The discussion will focus on new products and services that have been announced during the IBC period, these companies’ technical challenges, and what they need from the industry to keep innovating into 2021.