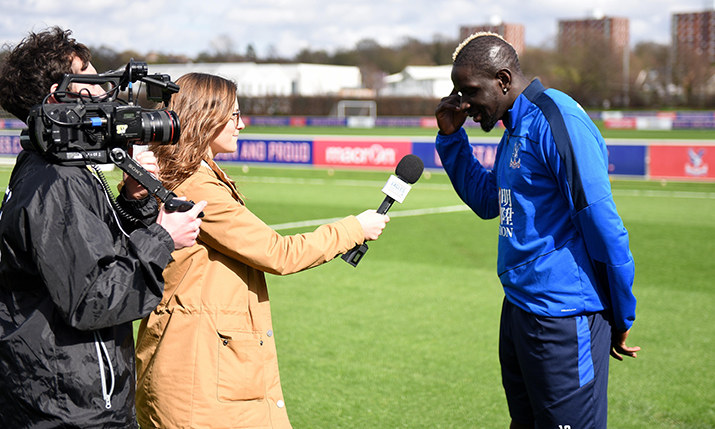 BT Sport assistant producer, Charlotte Balkham, is progressing up the career ladder and looking for more challenges in 2022

“When I was younger I wanted to be an actor but didn’t have the confidence, so around the age of 11 I decided I wanted to work behind the scenes,” says BT Sport assistant producer, Charlotte Balkham. “I looked for media options at GCSE and BTEC then went to do a TV degree where I learnt about broadcasting.

“I’ve always loved watching sport and growing up I would watch everything and anything,” she continues. “When at university I was working on sport-led content, and suddenly realised that is where my passion is and I wanted that for a career.”

“As a woman in sport, I have always found I have had to prove myself more. I’ve been questioned about my knowledge and found by working harder and showing what I can do has proven many wrong”

Balkham studied Media at GCSE, followed by Television and Film at BETC level, then TV Production at University. She says she learned a lot in further education about the process of production from pre, to filming and finishing in post. “That helped me with the knowledge for my job today,” she notes. 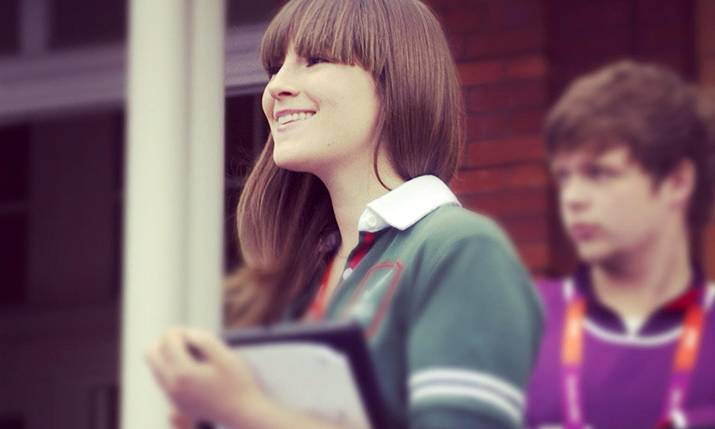 “I’ve always loved watching sport and growing up I would watch everything and anything,” says BT Sport’s Charlotte Balkham

Moving up the ladder

She has always worked within sports. Balkham’s first job was as a production intern at ESPN. She comments: “I was an assistant producer on many of ESPN’s productions, which included researching material, writing scripts, liaison and directing voice over sessions. I also looked after quality control on programmes, promotions, language and sponsorship ahead of transmission. I loved being involved with productions and getting the opportunity to learn from producers.” 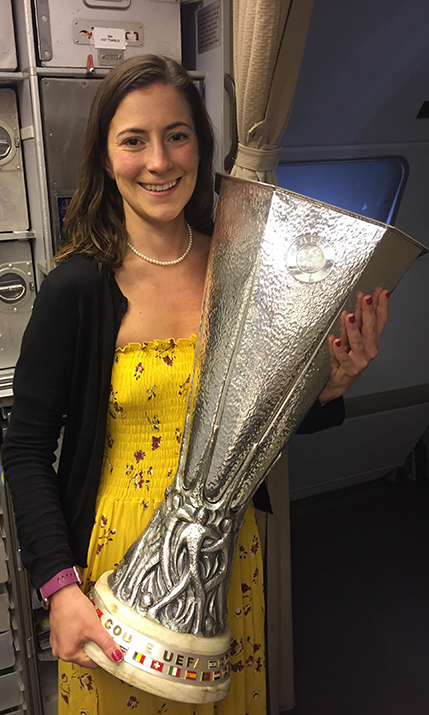 BT Sport assistant producer Charlotte Balkham says: “There aren’t many women to inspire to be and to look up to, but hopefully that is changing with more women working in sports broadcasting at different levels”

She goes on: “I progressed into a press coordinator on European Football. I then moved to Crystal Palace Football Club to be a producer on their website and social content. Here I was required to set self-shot, edit and production manage.

“After Palace I moved to Chelsea TV where I started to produce live TV shows on the men’s and women’s Champions League. I also produced important features covering a Syrian refugee camp in Jordan and the March of the Living at Auschwitz-Birkenau.

“Returning to BT Sport, I have worked on UEFA Champions League and FA Cup finals as a press co-ordinator. My highlight would be producing the Women’s 2021 FA Cup final as well as the Football League 2020 vase and trophy finals. I’ve also project-led BT’s International Women’s Day content which has been fantastic,” she says.

Balkham comments on the challenges her job throws at her: “Learning roles and getting opportunities is definitely hard; it takes a long time to learn the skills for the role. The hardest thing about the job is progression and wanting to learn more. There are very little opportunities out there especially with COVID, so I am constantly pushing my bosses for more.

“As a woman in sport, I have always found I have had to prove myself more,” she continues. “I’ve been questioned about my knowledge and found by working harder and showing what I can do has proven many wrong. I do find as a woman you aren’t given the opportunities as easily as male colleagues, and with a lack of roles and progression I have had to keep pushing for my chance.”

Balkham goes on: “I still think there’s a stigma of being a woman in sport, and as a woman you do get less opportunities and chances. There aren’t many women to inspire to be and to look up to, but hopefully that is changing with more women working in sports broadcasting at different levels.”

However, Balkham adds: “I love working in love sport; the pressure and buzz is the best. To be in charge is a small part of a production and to be able to show your talent is great. Just remember, you can do it. Believe in yourself and work hard.”

2022 is the time to get her career moving forwards with purpose again, Balkham says, after a hiatus caused by the pandemic. “Over the last two years I feel like COVID has had a big impact in my career with everything stopping and digressing rather than moving forward. I’m hoping that 2022 will have more opportunities for producing.”