World Rugby and HBS, together with support from AMP Visual, TVU, AE Live, Zoom, and Globecast were able to offer fans all the live reactions and emotions from the draw without delay 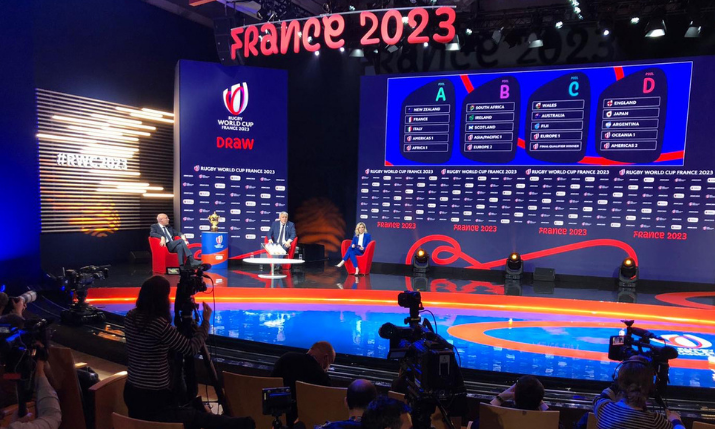 Adapting to COVID-19’s ‘new normal’ was key to World Rugby and HBS finding a way to offer an engaging show for the Rugby World Cup 2023 Draw in Paris, which has secured them a nomination in the ‘Outstanding Production Achievement – Event’ category at SVG Europe’s prestigious Sports TV Awards 2021.

Travel restrictions meant that many of the team coaches were forced to watch from home. With their participation key to the huge global interest, a set-up was designed to allow for their interaction. Filmed at their locations, using professional video contribution software, they received the live feed through a web real-time communication protocol, with their footage transferred back to Paris through the cloud. The Draw feed was also fed into four Zoom conferences to allow participation in press conferences.

To mitigate the resulting build-up of latency, an innovative solution was found to buffer the live stream to align with the moment the coach’s input was downlinked. With the broadcast narrative reliant on capturing reactions precisely as the Draw was made, this avoided viewers waiting seconds between the live Draw and the coaches’ response.