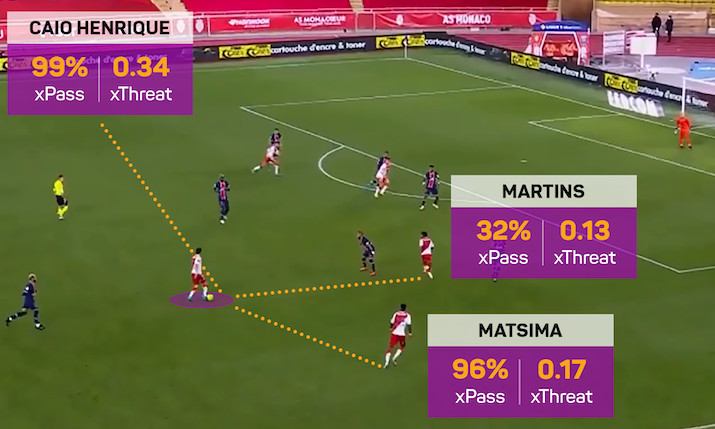 Stats Perform has announced a new series of advanced football metrics with the introduction of live Opta Vision data feeds for the 2022/23 football season.

The merged dataset also utilises Stats Perform’s Qwinn AI Intelligence to generate enriched data outputs. New data points and predictive metrics include insights related to dynamic changes in a team’s shape during a match; as well as various pass prediction outputs that are trained on millions of data points that consider the movement of attacking and defending players in the moments leading up to a pass.

“We are very excited to be introducing the next generation of Opta data to our customers. By synchronising event and tracking data and then utilising our AI capabilities to generate enriched insights, we will be empowering performance analysis departments at teams, as well as a broadcaster’s production team, to identify new performance trends and tell great stories of the game,” said Nancy Hensley, chief product officer at Stats Perform.

Other data points being released as part of the initial Opta Vision feed include the detection of pressure intensity for every pass attempted in a match and a new qualifier on passes to indicate when a player completes a line-breaking pass. Both outputs will be available live to customers for several top-flight European Leagues, providing greater context to key events and helping deliver a more precise picture to customers as to what is happening during any given game.

“The use of tracking data has grown over recent years, but the outputs have been limited to simple metrics such as distance covered,” said Jens Melvang, senior project manager at Stats Perform. “By merging our tracking data with the best event data in football, we’re able to deliver accurate and insightful metrics which give a more complete view of what’s happening on the pitch.”