Stepping stones: New graduate Lucy Harper on how she got her job as studio manager at BBC Radio 5 Live 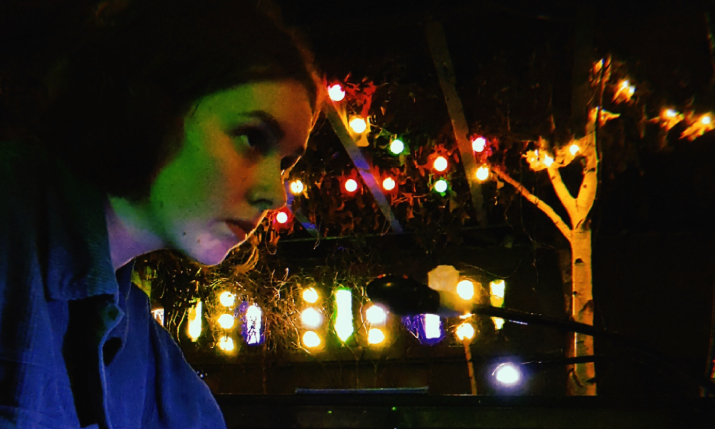 New graduate Lucy Harper, studio manager at BBC Radio 5 Live, is the subject of another of SVG Europe’s ‘Stepping stones’ series, looking at how graduates and apprentices got into broadcasting. Harper has only recently joined BBC Radio 5 Live and is full of enthusiasm for her new role.

How long have you been working in the broadcast industry?

I’ve only worked at the BBC for a month! I started at Calrec in 2019 so I’ve been in the industry for a little while.

Can you talk us through your relevant education that helped you break into the industry?

I studied Music Technology at A-Level, and the audio fundamentals that I picked up during those two years have been a foundation for everything sound-related I’ve worked on since. Having a solid understanding of how sound works has helped me understand its application in broadcast. After school, I studied Music Technology at the University of Huddersfield. The course balanced technical modules with more creative ones, giving me a rounded view of the music and audio industries.

How did you get the job at Calrec and what was the role?

My university course encouraged taking a year in the industry between second and final year and Calrec has been providing roles to students each year for over 10 years. I worked in the product test department, pushing the equipment and software to their limits, and documenting the results. It’s really methodical work, but you have to think outside the box to make sure a customer is never the first person to find a bug or limitation in the system.

What happened next and what are you doing now?

I had to leave Calrec to complete my final year at university, which at the time felt like a step backwards. I returned to university with more perspective and a much stronger work ethic.

Last month I started working as a studio manager at BBC Radio 5 Live! Studio managers are in charge of what you hear when you tune in; this includes fading presenters and guests up and down at the right times and playing in audio clips and so on. I’m still very new and there’s a lot to learn, so I can see myself staying in this job for a long time while I master it.

How did you end up working at Calrec for a placement, and how useful was it?

I’d heard of Calrec before I even moved to Yorkshire, as one of my music teacher’s ex-students had gone there for his placement year while studying at Huddersfield Uni and gone on to land a job at the BBC (sound familiar?).

The reverence with which my teacher spoke about Calrec stuck with me and when it came to making my placement applications, I knew there was only one company I wanted to work for. Calrec’s reputation is massive in the broadcast industry, and I knew having them on my CV would be a huge advantage in the future.

Working in the product test department gave me an in-depth understanding of Calrec’s technology, something that translated to the desks they use at the BBC. Calrec also gave me an insight into the range of roles involved in broadcast. In the live broadcast world you’re never very far away from a Calrec desk, so it pays to know your way around one!

Can you give us some top tips of things you did that really helped you get where you are?

Remember that the people you admire in your field are people, just like you! Finding common interests and being a well-rounded member of the team is more likely to make people want to spend time with you, both inside and outside of work hours. Calrec had a staff band for the Christmas Party, and despite being nervous to join as a temporary member of staff, I met so many people from different departments.

Forget ‘don’t meet your heroes’! Meet the people you look up to, make conversation with them, and try to keep in touch afterwards. I left Calrec with a large network on LinkedIn, and many of these were superiors in the company who I made the effort to approach.

Can you give us a couple of tips on things not to do or to avoid?

Don’t take your own experience as gospel. All experience is good, but don’t forget that every workplace is different and how you’re used to doing things won’t necessarily work in the next place you end up. While it’s important to bring your skills to the table, constantly saying, “well I do it like this” and “at my last place we never did that,” isn’t impressive.

The broadcast industry still feels like a behind-the-scenes environment in the sense that the general public doesn’t really understand the roles involved in making it work. Jobs like camera operator and director are widely known, but both jobs I’ve had so far (product tester and studio manager) feel like jobs you wouldn’t know much about until you get involved. It’s hard to aspire to jobs you don’t know exist, and I think it’s easy to get downhearted by the idea that you don’t fit into the high-profile jobs you are aware of and assume it’s that or nothing.