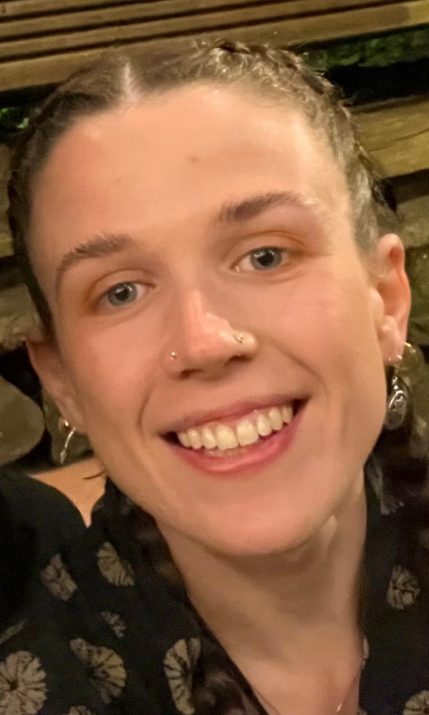 In our latest ‘Stepping stone’ interview, we talk to Amy Brennan, studio director at BBC Radio 5 Live and BBC News Radio, about how she got into broadcasting, how Rise helped her achieve her goals, and the importance of making connections.

How long have you been working in the broadcast industry?

I’ve been at the BBC for three and a half years, and I left Calrec about four years ago.

Can you talk us through your relevant education that helped you break into the industry?

I studied art at uni and while there I started DJ’ing and doing underground radio projects; that’s where my interest in sound really took off. I also made a lot of sound installations, so I became really interested in that and really enjoyed sound mixing.

What was an important career move for you?

I was technical sales coordinator at Calrec. It was really a happy accident I got that job. I lived in London for seven and a half years and wanted a life change, moved to Hebden Bridge, where Calrec is based, found out about the company, and decided I’d like to work there. That’s obviously easier to say than do!

I applied for a role, went through the interview process, and got the job.

On paper, I wasn’t the archetypal candidate. My role was to support the sales team with technical drawings for customer projects, particularly the more complex sales. I also used to do technology demos at the factory or at trade shows. It was all around technical support for the sales process.

Where did you move to from Calrec and what are you doing now?

I moved straight from Calrec to the BBC. This is predominantly for Radio 5 Live but also more widely across BBC News Radio. After working at Calrec for a while, I knew that I wanted to work in radio. While at Calrec, I applied to be on the Rise mentoring scheme for women working in broadcast and gender diversity across the media space more widely. That very much helped me to meet other people and network with other people in the industry. Through that I managed to secure some shadow shifts at BBC Radio. Rise really helped me take what I had learnt at Calrec and use that to develop further.

What helped you get your current role?

Calrec really helped in terms of the knowledge and experience I acquired, be that the way consoles worked as well as some of the fundamental engineering behind the technology. I also came to understand how infrastructure and workflows fit together. Although I wasn’t an operator, I came to understand how studios are connected and what operators do.

What would you recommend to other people thinking of working in the broadcast industry?

Networking! Try and meet as many people as possible. That’s why mentoring schemes, like I did with Rise, are so important, along with the role at Calrec. If you are interested, people like to help you, show you around their workplace and what they do. Obviously, you need the aptitude to do this but having connections is crucial because it allows you to see other environments and increase your experience.

Can you give us a couple of tips on things not to do or to avoid?

I think there’s a skill in sometimes just being for a while, not always pushing. Sometimes, time to learn and absorb is more important. I can fall into the trap of pushing all the time, constantly thinking about the next thing. There are periods when you need to sit back, reflect, and let a situation evolve.

I don’t think there are particular barriers to entry, however, once you are in a role then you can come across more discrimination. I haven’t experienced problems as a woman but it’s clear that this has been a male-dominated industry, but this is lessening and really varies from subsector to subsector. Sound engineering is classically male dominated but that has, and is, changing.

I think Rise is doing an amazing job to change perceptions and reality for women across broadcast and media more widely. In my job now, it’s very even in terms of male and female. I think there’s still a barrier, but I think that’s as much down to the way girls are often still brought up where they aren’t encouraged into technical fields. But again, that’s changing.