Student internships in sports broadcasting must be more diverse 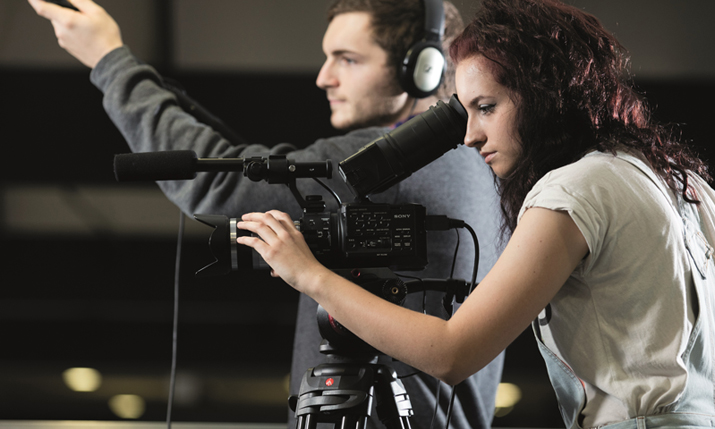 Sports broadcasters need to increase the diversity of students taken on for internships, according to a lecturer at the University of Lincoln.

However, he believes that more can be done to help students from diverse backgrounds access internships.

“My main issue with internships in the broadcast industry is one of diversity,” said Cafferkey.

“We know it is an industry that lacks diversity; there are not enough women, low representation of black, Asian and minority ethnic (BAME) broadcasters and reporters and fewer opportunities for students from poorer backgrounds. Many internships involve students travelling to London or Manchester for an extended period, with no financial support to help students pay for travel, accommodation or food whilst they are on their placement.

“For many students, who have to work while they are at university to support themselves, a week, two weeks or more on an internship is just not financially feasible. However, the University of Lincoln has helped students financially in the past and I would be happy to work with any broadcaster to ensure that our students had the best opportunity of a career in the industry,” Cafferkey added.

“We know it is an industry that lacks diversity; there are not enough women, low representation of black, Asian and minority ethnic (BAME) broadcasters and reporters and fewer opportunities for students from poorer backgrounds.”

Cafferkey commented that while the area of sports broadcast can be hard to get into, the University of Lincoln has made great inroads into developing relationships with broadcasters: “Sports broadcasting is a very competitive industry to break into but, as a school, we pride ourselves in having industry experience, great contacts in the industry and of course our alumni who are working in the industry.

“I have personally spent time with Sky Sports News and BBC Sport in order to forge working relationships and to gain industry recognition for Sports Journalism at Lincoln. Those efforts are reaping benefits with graduates from Lincoln working at Sky Sports, BBC Sport and ITV Sport,” he noted.

Journalism and Sports Journalism at Lincoln are built on three pillars of production, Cafferkey noted: writing, audio and video. He added: “All of our students are required to produce work using audio and video production, as well as building their presenting skills. Students in our newsrooms take part in news days where they produce their own news and sport content, delivered on an outward facing web platform.

“Sports Journalism students also work closely with Lincoln City Football Club and BBC Radio Lincolnshire to produce sports content and take part in live programmes,” said Cafferkey. “In terms of the skills they possess, our students are proficient in video and audio editing, writing sports copy and scripts, conducting interviews with sports people and presenting their own sports content on the school website.”

While some in sports broadcast have said that university students lack real hands-on experience when they leave their courses, Cafferkey said: “I disagree with that statement entirely. Students doing sports journalism at Lincoln are producing work every week, be it during work experience or at several football clubs including Lincoln City, Scunthorpe United and Huddersfield Town. Students are also producing practical work for their own platforms at the university and for their coursework. In fact, just last week, a student from the School of English and Journalism at Lincoln won the RTS Midlands Award for his documentary on women in horseracing, whilst another student was shortlisted in the same category for a film on artificial pitches.”

Elsewhere, there are four video editing suites with a range of editing software including, Avid Media Composer and Adobe Premiere. The Parlour Suite offers students the opportunity to learn how to use post-production software including Autodesk Flame and DaVinci Resolve. It provides facilities for colour correction, creative compositing and image repair in an inviting and creative space.

Many academic staff in the University of Lincoln School of Film and Media are current media practitioners who are engaged with professional bodies, such as the Royal Television Society, the British Society of Cinematographers and the British Association of Film, Television and Screen Studies, ensuring that course content is informed by the latest industry developments. BAFTA-winning television dramatist Neil McKay and documentary-maker Nick Gray are visiting professors in the School.

The University of Lincoln also houses the Media Archive for Central England (MACE) the specialist and regional public film archive for the East and West Midlands, caring for a historically significant collection of over 70,000 moving image records of the region.

If you would like to engage with students, offer internships or develop an internship programme, or create any other opportunity for student participation, the University of Lincoln would like to hear from you.