Fox Sports is hitting the beach for its ninth Super Bowl presentation, offering more than 100 hours of programming on Fox, FS1 and Fox Deportes live from its sprawling South Beach studio location leading up to Super Bowl LIV this weekend. 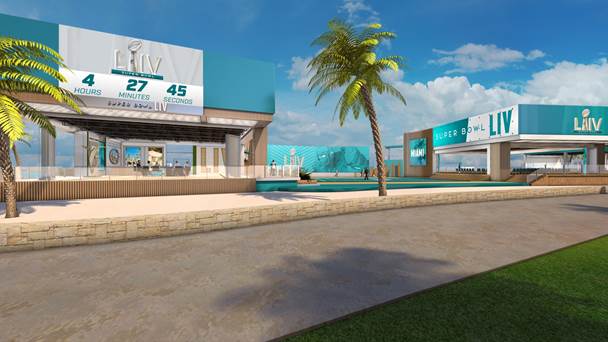 On Super Bowl Sunday, Fox televises more than seven hours of pregame programming from three separate locations – at South Beach, as well as inside and outside Hard Rock Stadium. Fox NFL Kickoff returns to the Super Bowl for the second time in show history with a 1:00 PM ET special, Fox Super Bowl Kickoff, followed by Fox Super Bowl Pregame Show, a four-and-a-half-hour edition of Fox NFL Sunday at 2:00 PM ET, leading into the biggest game of the year at 6:30 PM ET.

“The Super Bowl is an event that brings America together, and we look forward to doing just that with our presentation of Super Bowl LIV in Miami,” said Brad Zager, Fox Sports executive producer, executive vice president production/head of operations. “Hundreds of men and women throughout the company have been working tirelessly on this production, and we can’t wait to get to Miami to show off their efforts, including our state-of-the-art South Beach studio compound.”