The latest focus at Volcano City is on the sheer lack of IT skills out there in the broadcast industry, from sports broadcasters to federations, which is preventing those organisations from seizing the opportunities that over the top (OTT) content can provide. Here, we chat with Volcano City’s Hassan Peymani, about why this is a problem for the industry. 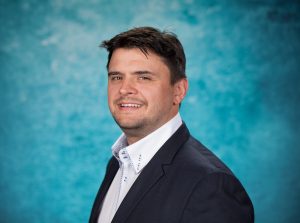 How large a problem is the lack of IT skills in the broadcast world?

The advent of OTT platforms has provided sports content creators with an unparalleled opportunity to distribute their content to a broad range of audiences. However it has become apparent that many small to middle tier organisations in the sports sector – including sports federations, production companies and franchises – are unable to seize the opportunities this offers simply because their teams lack the much needed broadcast IT skills.

The scarcity of trained-up broadcast IT experts is a real Achilles heel for sports organisations at this level, but the problem extends to numerous other sectors as well. There is simply a shortage of qualified IT specialists who are focused on production and seeking to join the production ecosystem.

How has this skills shortage occurred?

The traditional role of a production technical manager has changed drastically over the past five years. Yes, managers still need to know everything that they knew before, but the growth in IP production workflows, OTT distribution and a myriad production options that are now software and cloud-based means it has become essential for these beleaguered, multi-tasking production managers to be computer literate in a way they never needed to be before. Many technical managers are self-taught but learning on the job and hoping for the best means most are now facing impossible challenges. Changes are happening so fast that keeping up with the opportunities that new tech and broadcast developments offer is a full-time job in itself.

The hybrid nature of the modern technical production manager – part production veteran, part cutting edge computer specialist – is a difficult thing to come by when recruiting or hiring freelancers for productions. And the lack of suitably qualified experts in this field – especially for mid level sporting federations and franchises – is thwarting their ability to compete with their tier one counterparts.

Is the skills shortage causing problems within companies experiencing this issue?

Many federations, franchises – and even the sports venues themselves – are having to get by on “bodges” and “workarounds” when it comes to broadcast IT infrastructure and workflows. They’re combining the whispers, opinions and trial-and-error tactics gleaned from more traditional technical managers with ad hoc support from the “guy from the IT department” but this is – at best – a fragile set-up.

Most organisations are aware that this situation can’t last – in fact, it simply won’t last. The rate of technological progress and technical knowledge required to operate within an IP based workflow (both on-site and in order to expedite delivery to platforms over the internet) will simply outstrip the accumulated knowledge of untrained, unskilled traditional broadcast staff  – even with support from the office IT crowd!

Also, there is often a lack of synergy between broadcast teams and social media teams – especially in smaller federations and franchises – meaning that both teams leverage separate technical resources even though they are ultimately using the same visual and audio output i.e. the show.

How is Volcano City trying to help companies get around this problem?

The concept of a “Live Stream Control” team is something that we have been organically developing at Volcano City for the best part of a decade. It’s perhaps better described as a “broadcast IT department for hire”, giving would-be broadcasters access to expertise and technical infrastructure as and when it’s needed, without having to organise, develop and pay for such resources in-house.

However we have only recently realised the scale of the problem in smaller organisations, or the fact that even big multinationals are not immune. We were put on alert when we started getting calls a few months ago from a well-known production company which needed relatively basic insight into how best to deliver content to their partner OTT platforms. Our team couldn’t understand why this particular company – large and well respected across Europe – was needing advice. Was the person calling us new? Or perhaps they simply didn’t know where to find these answers within their organisation. Could their line of questioning just be put down to “senior producer impatience”?

However, as we fielded more calls from the company, and spoke in more detail with a number of their technical producers, we realised that their lack of knowledge was profound and covered multiple areas. “We’re worried about getting it right for xxx (insert world’s largest OTT platform),” they said. “We’re not computer specialists so we don’t understand how to make a rendition – that’s what it’s called, right?” and “do you think packet loss is something we can stop by spending more money”? Of course we answered their individual questions and it was a good feeling knowing we’d been able to help such a large company but it got us thinking. We had assumed such a prestigious company would have this type of stuff sewn up. We understand that clients don’t always have the answers, but it hadn’t occurred to us that technical managers at even the biggest firms might also be struggling.

After a bunch of further calls and detailed discussions, our glimpse under the hood showed us that the problems faced by this particular production company were by no means unique. We canvassed a number of production companies of all different sizes across Europe and found a widespread lack of clarity, knowledge and experience when it comes to broadcast IT requirements.

We realised that it’s easy to walk down the aisles of big broadcast tech shows – NAB, IBC, BVE etc – and get giddy with excitement about the new technology on offer, but for most companies the devil is in the detail. This is technology that purports to engage your fans, deliver to multiple platforms and so on but: does it work with your existing workflows?; is there internal resource to operate the software?; who troubleshoots errors?; how much does premium support cost?; and so on. When you’re streaming live, you need instant answers but does an annual pricing structure work with your business model of infrequent events? Do you really need an entire suite of cloud-based products or do you just want one of the tricks in the box? Does your production partner understand this new gizmo? And who on earth do you have on board that is going to evaluate all this for you?

So what’s the answer for these companies?

We swiftly realised that many companies have a vital need for a broadcast IT partner; a resource that can manage, control and implement all aspects of live streaming with real time, real person support, while also being available for ad hoc consultancy.

What most companies need, even if they don’t know it, is a floating department that encompasses and understands the goals of multiple teams; production, social media and marketing. This isn’t just efficient from a technical perspective, it also saves money and aligns resources, and makes it easier to futureproof and scale.

Of course, we aren’t the only company out there that are offering this service. But we do know that we have already provided broadcast solutions for numerous small and large scale productions across multiple sectors. We’ve now reached out to a number of companies across Europe with a quick deck to describe how we can help them. The response has been gratifying; in the past five weeks, we’ve been included in the tender process for a major sports league as well as an upcoming month long international sports tournament which needs content delivery to multiple OTT platforms simultaneously.