Thought Leadership: Tata Communications looks at getting in on live sports action from afar 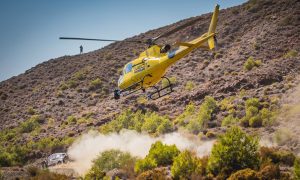 Live action is pulling in viewers globally, yet to make that happen broadcasters have traditionally had to haul in people and kit from their home territories to wherever that action is taking place. From high bills to loopy logistics to increasing CO2 footprints, it has been difficult. Today remote production has really come into its own, solving many of these issues. We talk to Brian Morris, vice president and general manager of media and entertainment at Tata Communications, about the challenges, and who is already doing it right.

What are the main challenges in traditional production for live sport broadcasting?
Fans expect to catch the action truly live as it happens, on the device of their choice and often the camera angle of their choice, in the highest quality, even if the race or match is taking place on the other side of the world. The increasingly digital, multi-platform viewing experience has left rights holders and promoters with the difficult task of delivering exceptional content for fans without allowing costs to skyrocket.
Traditional OB workflows are not meeting the demands of real time production of content for different platforms. We are seeing rapid increases in produced events and formats, new technologies such as 4K, stained CAPEX investments, and new outlets for live production in over the top (OTT). That’s why more and more of rights holders and promoters are switching to remote production; it improves efficiencies and reduces costs, while ensuring that fans are able to enjoy the seamless, high quality sports experiences they expect.

How does remote production address those issues for live sport?
Remote production is redefining the complete workflow for the production of live sports. It allows rights holders and producers to efficiently leverage centralised production assets, streamline upgrade investments, reduce travel and operational cost, and increase the efficiency of personnel and talent. These benefits are all powered by cloud-based applications and our global low latency fibre network.
Dorna, the rights holder of MotoGP, is already seeing the benefits of remote production. Each MotoGP race location is connected over our superfast network to enable remote production at Dorna’s broadcast operations hub in Barcelona. This set up enables the seamless distribution of live video feeds from multiple sources – including footage from the track, 360° onboard cameras as well as commentary – and, ultimately, a brilliant experience for fans everywhere.
Another example is the Indian Premier League (IPL), one of the top sporting spectacles in the world, consisting of 60 matches taking place in nine cities over 50 days, with a billion sets of eyeballs glued to every bit of the action. The 2018 season was the first time that a sports series of IPL’s scale was produced remotely in India by harnessing superfast connectivity, over our video network. It enabled the broadcaster Star Sports to capture match feeds from multiple locations and produce customised feeds in eight languages for different regions across India.
These examples show that remote production creates a more flexible workflow and enables the seamless delivery of content to fans, while boosting efficiencies. The cost savings then allow rights holders to invest in creating additional content, new platforms or services to enhance the fan experience further.

What use cases best suit remote production?
Rising production costs are a major challenge for rights holders, some of whom are feeling the pressure of decreasing advertising and sponsorship revenues too. Remote production helps them tackle that challenge while ensuring great viewing experiences. It is ideal for sports events taking place in hard to reach locations, or places without much fixed broadcasting infrastructure.
One example is the FIA World Rally Championship (WRC), taking place in locations such as snow packed forest tracks and rock-strewn mountain passes. WRC doesn’t let the challenging locations compromise the quality of its content; on the contrary, the sport has innovated with new services such as WRC+, its own OTT platform, and WRC+ All Live, a subscription-based OTT service where fans can see each rally live, as well as analysis and commentary, news and data, adding up to 30 hours each rally weekend. The WRC is working with us to adopt remote production while improving efficiencies in their production workflows.

How important will remote production be in live sports broadcasting going forward, and why?
It’s incredible to think that the global media rights market is valued at $47 billion, yet broadcasters end up spending an extra 10% of their media rights investments on content production and distribution.
Today’s sports fans have an insatiable appetite for awesome, immersive live content, in the highest quality, on different platforms. But that doesn’t come cheap. Remote production is going to play a big role in enabling right holders and promoters to meet fans’ demands for rich viewing experiences while dramatically reducing the costs associated with live production.

How will remote production aid the sports broadcast community in terms of sustainability?
Before, with traditional broadcasting, to produce an event of massive scale like the cricket world cup final, a crew of 200-plus would have had to travel on-site. On top of this, the broadcaster would need to transport tonnes of equipment to the venue and back.
Now, with remote production, the vast majority of this crew and equipment will never have to leave the HQ, reducing the carbon footprint of the entire production operation.