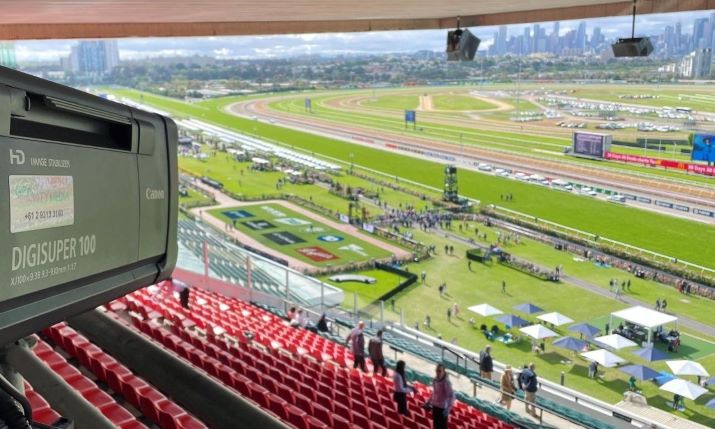 Gravity Media at the 2022 Melbourne Cup

Steve Kruger is the new executive director of Gravity Media, a global media production company known for its involvement in coverage of the Commonwealth Games, The Open, Wimbledon, the British Grand Prix, and many other sporting events.

Kruger’s journey has taken him from an IT career in Australia, to the UK and a career in sports broadcasting. On how it all began, he comments: “I started off in reality TV, then entertainment, and then sports, and I’ve kind of moved between all three constantly over the last 20 years,” he says, “doing everything from Saturday Night Takeaway here in the UK to I’m a Celebrity.”

“I think COVID pushed technology forward five years really quickly. Due to the need to make TV, we were able to take technical risks that we traditionally wouldn’t have taken”

For the first 10 years of his career Kruger worked for an Australian company and then moved over the UK in 2008, where he spent 12 years working for ITV as a freelancer on mainly entertainment-focused programmes, plus some sport.

“The London Olympics was my first big sport job,” he states. At the time he worked with the four Australian rights holding broadcasters for the 2012 games, “doing EVS network engineering for the Australian contingent”. 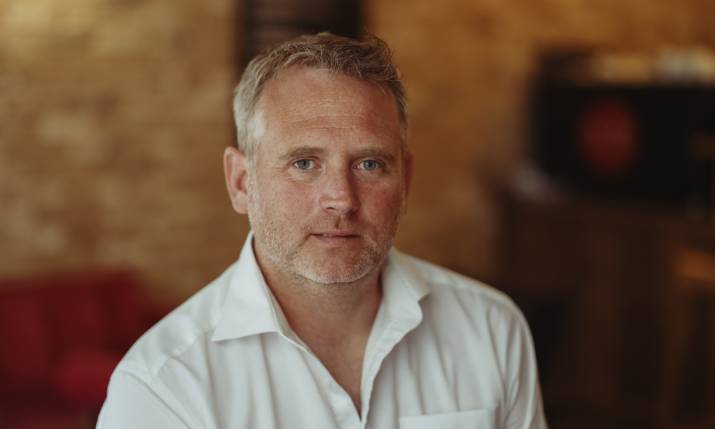 Broadcasting was only tangentially responsible for his move to the UK, he explains: “I actually met my wife working on Celebrity Love Island in Fiji. She was she was working for ITV, and I was working for an Australian company called Cutting Edge. We worked in Australia for a bit and then I emigrated to the UK.”

Kruger was attracted to Gravity Media due to the breadth of work the company does. “I’d kind of got myself into a bit of a loop where I was doing I’m a Celebrity, Love Island, Saturday Night Takeaway,” he said. “And just after COVID it was same again. Then I met with John Newton, the owner of Gravity, and it just kind of whet my appetite.”

“Camera tracking is now the norm and XR and AR are no longer a special, expensive, sparingly used gimmick on the occasional wide shot. Clients expect to access all these technologies and it’s our job to make them easily attainable”

A big draw for Kruger was Gravity’s new production centre being built at Westworks, which will be supporting coverage of the ATP Tour and Formula E.  “That was of interest because as part of my role at ITV, I’d taken Love Island remote; the first remote reality TV show,” he said. “It was very stressful, but it was very enjoyable.

“But I just kept thinking I wanted to do something different. I like the fact that we’re an international company with a strong presence in Australia, so that works for me being Australian. And just to get out of that loop of doing the same shows, because I think you’ve it’s not healthy to do the same shows over and over again. You need to kind of dabble in other things.” 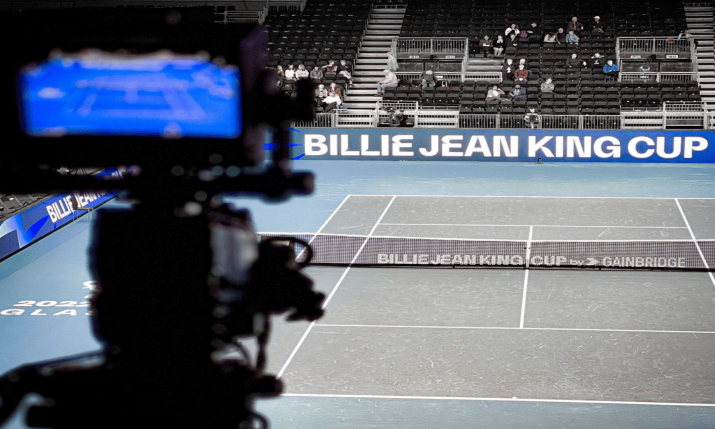 Kruger has seen world events, particularly the COVID-19 lockdowns, have a significant impact on technological innovation in the industry. “I think COVID pushed technology forward five years really quickly,” he explained. “Due to the need to make TV, we were able to take technical risks that we traditionally wouldn’t have taken; people doing remote productions from their home, moving things to remote production centres that lacked the resilience that a broadcaster would have demanded if you’d if you pitched it pre-COVID.

“But I think the technology has caught up. We’ve engineered out the risk,” he notes. “We now know how to do it properly. I think remote production is here to stay. Fundamentally, the technology that’s allowed it has been the low latency, high efficiency codecs. There were always low latency codecs and there were always very good codecs but with high latency. Now with the new codecs, you can absolutely do live production remotely without impacting it.”

Kruger has seen how new technologies can change working practices as well, particularly for broadcast engineers. “A lot of the tools now are much more creative in terms of graphics,” he said. “It’s not just things like the Chyron anymore, it’s augmented reality (AR) and mixed reality (XR), and there’s a massive mesh of engineers and production working together.”

He reminisces: “I think back to the London Olympics where as an engineer, you built it and then you sat in another room waiting for it to break or someone to say there’s an issue, but now you’re absolutely more involved in all these really interesting film techniques that are entering into live sports.

“Camera tracking is now the norm and XR and AR are no longer a special, expensive, sparingly used gimmick on the occasional wide shot. Clients expect to access all these technologies and it’s our job to make them easily attainable.”

He reflects on the increasing use of data feeds in live production. “We spent many years talking about metadata, but I don’t think we quite knew at the time what to do with it. Finally, we are seeing the likes of artificial intelligence (AI)-driven systems that can utilise scoring data to produce highlight reels post game. It’s even driving AR highlights. I think right now there’s a bit of one-upmanship in the industry. Who can do the most with data? And that’s driving innovation.”

He has also seen approaches to workflow and technology in sports production coming from the guerrilla production approach adopted for DIY documentation of things like skateboarding, surfing, and extreme sports. “I think it’s two different arenas,” he comments. “We learn from each other. Some of the some of the smaller, more proprietary mini-cam type technology is absolutely adopted now. I think you’re balancing professional standards and your professional services with prosumer equipment. Would you risk a live production on it? Gravity offers high end on-location and production services. And these high end, high availability, UHD-type services will always be required. But what we’re working on now is adopting cloud-based production solutions to complement existing services, but also to possibly allow us to offer lower tiered sports a cost effective solution.

“You can cover things that previously couldn’t afford to be covered. And I think that’s, that’s where the growth is going to be,” he concluded.