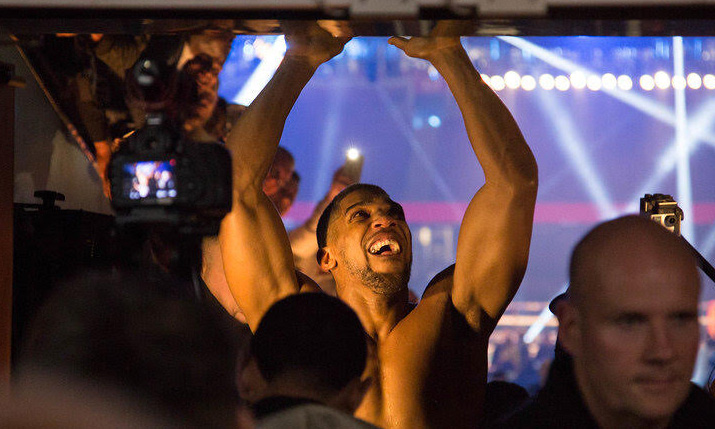 The heavyweight rematch between boxers Anthony Joshua and Andy Ruiz Jr on Saturday 7 December attracted millions of viewers, with DAZN alone reporting figures of around 1.8m for the bout including 200,000 new subscribers who were attracted specifically by the event.

Yet with the fight taking place in the ancient city of Al-Diriyah on the outskirts of Riyadh, Saudi Arabia, the pressure to get the global distribution of the clash of titans right was huge.

Matchroom Boxing was seeking a cost-effective redundant solution for the distribution of the big fight build-up and main event content for the World Heavyweight boxing rematch, which included a full week of events prior to the big night, from the public workout to the press conferences and weigh-ins.

Working closely with Matchroom and Loop Productions throughout the week, Cerberus Tech’s IP platform, Livelink, offered a low cost, flexible solution which allowed the customer to get its high value content feeds from Saudi Arabia to BT Tower in London, from where they could be picked up by global affiliates and distributed worldwide.

Initially, Cerberus’ cloud-hosted contribution service, which is facilitated by IP delivery software and monitoring, was put in place as back up, with the main delivery falling to traditional satellite workflows.

Given the location of the events, internet bandwidth and infrastructure was restricted to some extent, noted Andy Howard, sales director at Cerberus Tech, but being involved with the full event schedule and having successfully delivered clean feeds all week, Matchroom had confidence that Livelink could be relied on in the event of any satellite related technical issues.

On the day of the main event severe weather including thunderstorms at the event location meant that satellite feeds were intermittent and unreliable, so the reserve feed on Livelink was switched in as the main delivery and remained in place throughout each match on the event undercard, and for all twelve rounds of the world heavyweight title fight before Joshua was once again crowned Heavyweight Champion of the World.

Katie Hearn, director of programming at Matchroom Boxing said: “We have increasingly used redundant IP deliveries for our productions. With challenging locations for the fighter workouts and weigh in, Cerberus’ responsiveness and flexibility throughout the build up gave us the confidence we needed to deliver these events live to broadcasters worldwide. Cerberus also gave us a backup option we could trust for the main world feed in case satellite content was disrupted.”

Howard commented: “We are very pleased that our client, Matchroom Boxing, showed confidence in us to use Livelink for the primary delivery when the thunderstorms started to effect the satellite delivery for such an historic sporting event.

“We had been working with them all week for the build up and were primary for the public workout, weigh in and press conference and had a feeling that we may be required to supply the primary feed for the main bout. Our engineering team were quick to configure the platform in advance and be ready to push the button to switch to be the primary delivery and the whole team were confident and relaxed that everything would go to plan,” Howard noted.

He continued: “The company views this successful delivery as a victory in demonstrating Cerberus’ capabilities and that delivering live sport over IP is a reliable alternative to satellite. Joshua wasn’t the only winner on the night!”