Tony Hall to step down as BBC’s director general

Tony Hall is to step down as director general of the BBC in the summer, after seven years in the role. According to bbc.com Lord Hall said the decision had been hard, adding: “If I followed my heart I would genuinely never want to leave.”

But he said he felt it was important the BBC had the same leader for the BBC’s mid-term review in 2022 and the renewal of its charter in 2027. 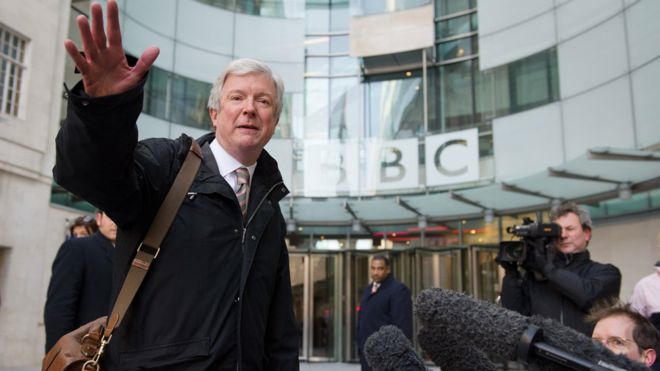 weeks”. He added that the BBC was “committed to selecting the best qualified person for the job”.

Speaking of Lord Hall, he said the corporation had been “lucky to have him”. He described him as “an inspirational creative leader” who had “led the BBC with integrity and a passion for our values”.

Culture secretary Nicky Morgan thanked Lord Hall for his service, saying he had made “a huge contribution to public service broadcasting in his career”.

“In this ever changing broadcast landscape the next DG will need to build on Lord Hall’s success,” she wrote on Twitter.

In a letter to staff, Lord Hall said he believed he would be “leaving the BBC in a much stronger place than when I joined”.

His appointment in 2012 followed the resignation of George Entwistle in the wake of the Newsnight Lord McAlpine row.

“Change has been tough at times,” he wrote. “But I believe our recent record of transformation stands comparison with virtually any other creative organisation in the world.”