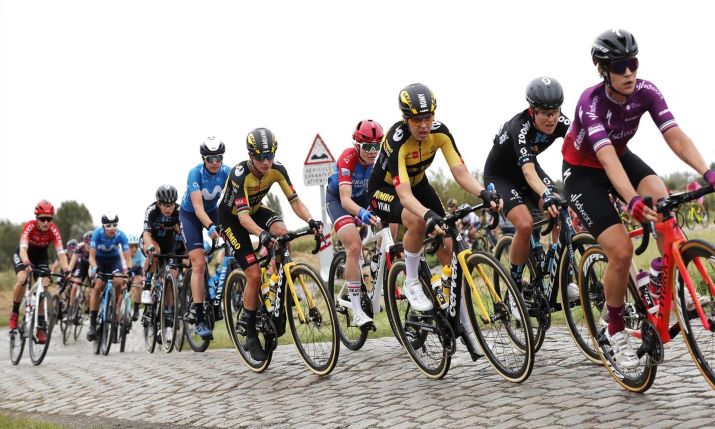 The 2022 event will see the inaugural women’s race starting on the Champs-Élysées on 24 July 2022, prior to the conclusion of the men’s race on the same day. The women’s race will feature 24 teams of six riders and will conclude on 31 July in La Super Planche des Belles Filles.

NTT, which has been the official technology partner of the Tour de France for the past eight years, will bring fans closer to the action and shine a light on women’s sport through the implementation of real time tracking of the riders through the official race centre platform, and the use of its predictive modelling strategy to support the race. The model also includes @letourdata, the data-driven content channel that helps tell the race’s stories over social media and broadcast. Additionally rider and team profiles will uncover unique insights into the women’s pro peloton.

In addition to this, alongside race organiser Amaury Sport Organisation (ASO), NTT will deliver a host of new and enhanced digital experiences to engage fans around the world, both at home and along the roadside.

Commented Julien Goupil, media and partnerships director at ASO: “At ASO, we’re extremely proud to be launching Tour de France Femmes and to be able to count on key technical partners such as NTT. Our partnership with NTT is well known for bringing the fans closer to the action. 2022 marks a momentous occasion for women’s cycling, and fans around the world are extremely excited to witness the first edition of the Tour de France Femmes avec Zwift.”

Said Michele McGuire, vice president of managed services delivery, Europe at NTT: “With female cycling on the rise as we saw through the 2020 edition of La Course by Le Tour de France with over 30 million TV audience viewers, we’re incredibly proud to continue to help widen the fan base and be part of this historic milestone for female cycling. There is still much more work to be done to achieve equality in cycling, but we’re extremely passionate about doing what we can to increase the accessibility of the sport. Our technology means we can bring the action to more fans than ever before.

“When it comes to the technology, both races are highly dynamic and require access to real time information to ensure continuous and smooth operations while creating more informed and engaged fans. NTT’s full stack of solutions and expertise will continue to support the ASO in transforming the famous race,” McGuire added.