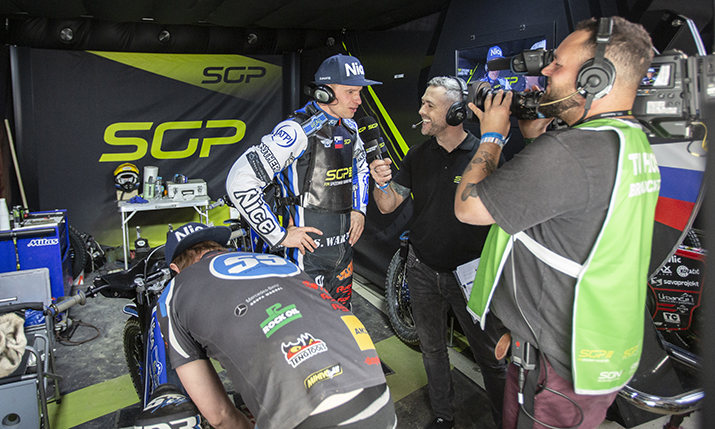 TVN Poland has been selected to provide the outside broadcast (OB) facilities for Warner Bros. Discovery, which is bringing the world feed production in-house for the very first time on any of its products. Above, a rider talks to a presenter at the FIM Speedway Grand Prix of Croatia on Saturday 30 April

Warner Bros Discovery has taken its first-ever step into in-house production for a world feed in its inaugural season as the global promoter of Speedway Grand Prix (SGP), which sped off to a flying start at the FIM Speedway Grand Prix of Croatia on Saturday 30 April.

The broadcaster has taken the production of the series in-house after winning the rights for Speedway from Fédération Internationale de Motocyclisme (FIM) in the latter half of 2019. It took over from IMG, which had held the position for 20 years.

New level of control for Discovery

The 2022 season of SGP marks the first time Discovery has bought the production of one of its sports properties in-house. Talking to SVG Europe, Francois Ribeiro, head of Discovery Sports Events, says: “The first decision we took is this is the first time that Discovery Sports Events has taken the decision to produce the world feed in-house. So rather than going to an external TV production company, we took the decision that all the equipment and all the staff we are working with are Discovery people.

“For TVN Poland, they rank the sport in the top three spots in their country and the level of motivation, the level of engagement, the level of commitment they put into this was just exceptional” 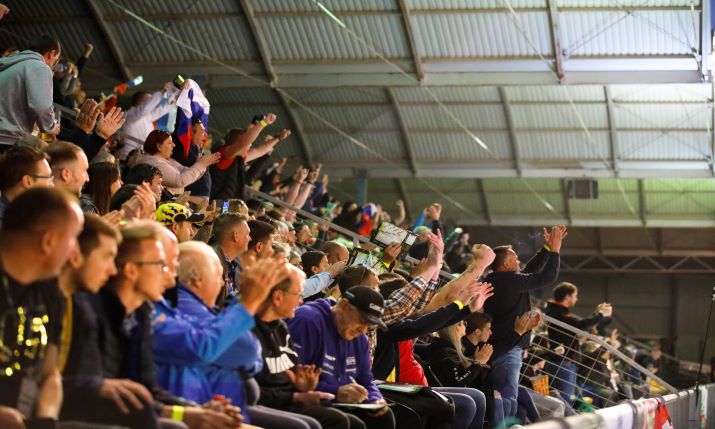 TVN Poland has been selected to provide the outside broadcast (OB) facilities for Discovery. The broadcaster is working with TVN Poland specifically because Speedway is a tier one sport in the country, and with a massive number of home fans scruitinising all productions of the sport, TVN Poland has become an expert in getting Speedway onto the screen.

Notes Ribeiro: “For TVN Poland, they rank the sport in the top three spots in their country and the level of motivation, the level of engagement, the level of commitment they put into this was just exceptional.”

Scott Young, senior vice president of content and production at Warner Bros. Discovery Sports Europe, comments on the move to bring Speedway in-house: “When I started in television, which was a million years ago, we had our own OB vans and helicopters and everything, and all that’s been sort of diversified out to private companies, which we engage with and they do a phenomenal job. NEP, who we use to do track Champions League, they’re an outstanding partner for us, in that particular sport.

“The difference with our team [at TVN] Poland is this is their field of expertise, so the reason to bring them in at this time is because this is their bread and butter,” continues Young. “This is what they absolutely love. The passion runs through their veins with Speedway, so there was a very particular reason why we chose an internal team at this point, because we knew we were bringing in the people [at TVN Poland] who were absolutely focused on this sport, could bring in expertise that we probably couldn’t match anywhere else.

“So whilst technology is one thing, and you can bring in trucks and cameras from pretty much anywhere, the expertise that came with [TVN Poland] along with that passion and commitment was pretty extraordinary. We don’t have the resources to do all of our sports in this way, but this was definitely the one to step this up on,” notes Young. 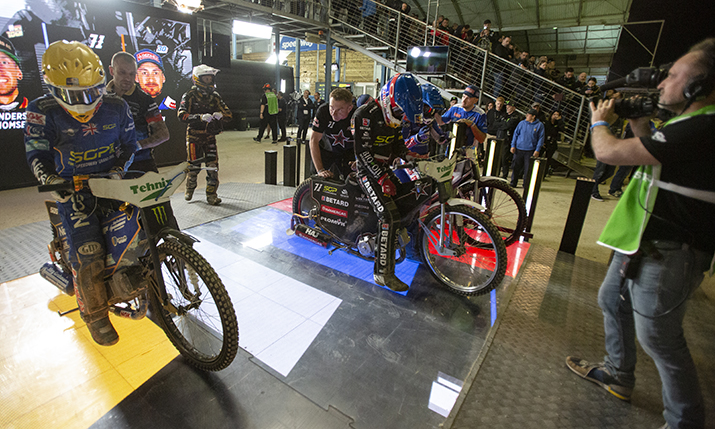 Nearly there for European Technology Transformation

Remote production is on the cards for SGP, but not just yet. Discovery is in the throes of working on a Europe-wide IP-based network which will see it running a backbone across which it can push all of its productions.

Explains Young: “At the moment, we’re in the final stages of completing what you may have heard before as European Technology Transformation (ETT), which is a technology transformation roll out across all of our platforms. Once every market is connected and we can start connecting the venues, then we can take smaller pods to the venues and using fibre technology, bring the cameras back to any one of our galleries or production control rooms across the Discovery network.

“We have the new technology sitting in our offices, in Poland, in Germany, our main tech hubs here in London and Paris, and we’ve got a main tech hub also in Oslo. We can start to move this technology around.

“Connectivity to the Speedway venues is probably the next thing we need to pick up on, but we’re making some pretty big inroads to remote around Speedway,” concludes Young. “We just probably need another season to get there. We are groundbreakers in this field and sometimes that comes with a few bumps.”