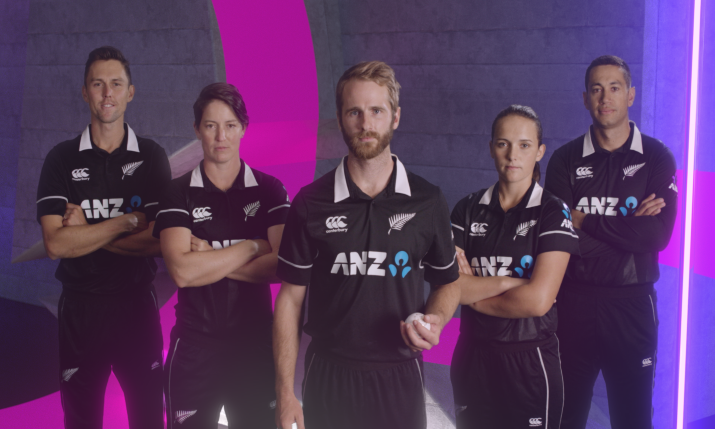 Production company Whisper is expanding its business with the creation of new studio facilities at its London headquarters to enable it to put the “Whisper stamp” on content for its ever-growing list of clients.

Whisper has experienced significant growth over the past five years, going from eight people in 2015 when managing director Mark Cole joined the business, to over 80 today, alongside the addition of Bethan Evans from All England Lawn Tennis Club (AELTC) who will be joining in July this year as head of broadcast operations.

The company has strong partnerships that have helped enable this growth, including with Timeline TV for facilities. However, it has decided that in order to make its mark on content and to capture all sized contracts, it is time to build its own studios, a Master Control Room (MCR) and high-end post production facilities in house, all of which is designed for increased emphasis on remote productions.

Commented Cole: “As we’ve picked up new contracts we’ve looked for other ways to expand. We’ve always tried to place the emphasis on inhouse facilities, mainly down the post production route, and we’ve got some really good partnerships; we’ve had a really good partnership with Timeline TV for facilities and we’ll continue that as they’ll still be a good partner for us on some of those bigger projects.”

He continues: “We have looked at those larger production companies over the years, like IMG and Gravity who have their own inhouse facilities, and we didn’t want to feel like we’re missing out on future opportunities. [The new studio] is making us best-in-class in those areas so that we can offer the full facility to partners.”

Whisper will continue to work with Timeline on its NFL show that it does out of Timeline’s facilities in Stratford and women’s football out of Timeline’s Ealing base, but the new studio will add more flexibility for the business, Cole says.

“There are a lot of international projects [that we have now and coming up] so we just need to make sure we’re fully connected. Another big area of innovation for us over the past couple of years is remote production. We’ve won three awards over the past two years for our remote production workflow. So it’s always been in our minds, can we transition this to our facilities in West London? This feels like a natural move to allow ourselves to play more into those projects from a remote capacity. And a crucial part of it is that it has the Whisper stamp on it.”

Cole comments on what the new facilities will bring to Whisper: “It will really ramp up our existing levels and makes us fit for our expansion rate. We can do a lot more of our content in house than at the moment. I’d probably say we do 30% to 40% [in house] at the moment, but we can probably move that up to 70% in terms of content that’s being driven from our West London office.” 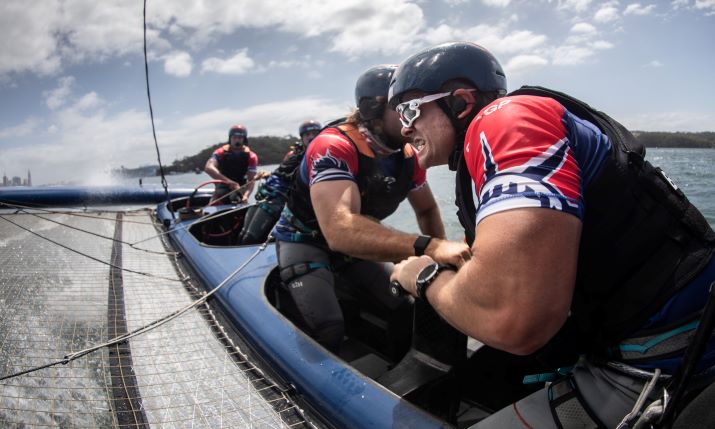 Whisper, SailGP and Timeline TV have teamed up to great effect on remote production

On the facility itself, the main focus will be a 24/7 MCR with full connectivity coming in via NEP, Whisper’s connectivity partner. There will also be nine edit suites, a sound dub facility, a grading suite and an off-tube area, all of which will be connected to the rest of the building.

Cole added that the new studio facility will be compact. He explained: “The actual studio will be a fairly low level, soft and informal that we’ll probably use for a lot of our podcasts and so on; it’s not like a full studio, like BT Sport’s facility. There’ll be some green screen facilities and a soft studio, which we’re hoping to use for our World Rugby contract that we’ve just started as well.”

As part of the Sony Group, Whisper is going to be able to make the most of the latest technologies coming out of its parent company to kit out the facility, also tapping into the Sony’s R&D centre in Basingstoke.

Cole notes on the timeline for the project: “We hope to have it up and running by late summer, so by July or August; it slightly depends on a couple of projects. If we get the go ahead on one project we might hear about by the end of March, we’d probably run out very quickly and try and get a two- or three-month build. Elements are being put in place already; the connectivity is going in in April and then the other plans are just ready to press the button when we know exactly when we need it for.”

Evans will be working on the final stages of the new studio build when she joins the company in July, after the Championships. She will bring her extensive experience – including the development of a similar facility for Wimbledon Broadcast Services (WBS) at AELTC – to the job.

Says Cole: “She’s one of those few people who gets the production management side as well as the technical side and the editorial creative; she’s got it really wrapped up so to have her as one of our senior team will be a great asset.”

Meanwhile in Auckland, New Zealand, Whisper launched its services to broadcasters there with cricket in November 2020; Friday 27 November saw the first production from Whisper’s Auckland office, when it produced live coverage of the first game of the 2020 New Zealand Cricket Men’s International Season with Spark Sport.

Its plans for this year include going to a remote production model with a gallery in the North Island city. Comments Cole: “It’s challenging during COVID times with people having to quarantine on arrival and all that; it adds another layer of complexity. But we hope to have that remote production gallery up and running by December this year in Auckland.”

It is a case of ‘watch this space’ on this fast-moving, quickly growing production business.