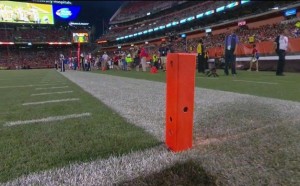 Global sportscasting is undergoing a rapid evolution, writes Jason Thibeault (senior director, content marketing, Limelight Networks) and Charles Kraus (senior product marketing manager, Limelight Networks). From a historical perspective, it has traditionally been at the forefront of technology advances, being among the earliest broadcast programming for radio, starting in 1920. Since then, sports coverage has led the way in early technology adoptions: TV (1936 Olympics), colour TV (1955), satellite (1962), CATV (1972 HBO), HDTV (1998), and today’s charge to 4K/UHD.

As revolutionary as these transitions have been, there is little doubt that today’s changes are broader reaching and more disruptive. Internet delivery has massively complicated global sports broadcasting, presenting a host of technology challenges as “sportsumers” demand a more interactive, engaging experience than traditional television can offer. Broadcasters and their licensees are grappling with multidevice consumption and social media and are trying to grow the fan base in new markets.

While content owners and licensees continue to enhance the sports experience through IP-based delivery, they face new challenges that threaten their ability to deliver the best possible experience online: delivering broadcast-quality online video to a multitude of devices; sudden surges in audience numbers and global viewership; and securing and protecting content from unauthorised access or theft.

Failing to overcome these hurdles can undermine brand, reputation, engagement, and ultimately revenue.

Thanks to the Internet, expectations for the broadcast-sports experience have changed. Growing up with the “instant on, instantly available” gratification of electronic devices like the television and, more recently, the mobile phone, certain demographics — namely, Gen X (1965-1979) and millennials (1980-2000) — expect sports events streamed online to have the same quality as they would find on the television.

But it’s not only expectations for broadcast-quality video that are changing. The same demographic groups have also been trained by the interactivity of digital. Whether it’s being able to watch an event or clip on a mobile device, interacting socially during the event, or even engaging with real-time data, audiences are demanding more than just a television experience. In addition to a flawless, buffer-free stream, they want something engaging.

Broadcasters are meeting these challenges head-on. Just as they are trying to create more interactive experiences (using second-screen apps, like ESPN Sync, for example), they are working feverishly to reduce buffering and compress bitrates for a more TV-like quality, no matter the device being used or the location of the viewer.

There is another dynamic at work, something no one could have predicted: the globalisation of sports audiences. Consider World Cup Soccer, World Cup Rugby, NFL games played in London, and Arsenal Football Club. Delivery of sports events online in a more engaging, interactive manner than traditional television has spurred global growth and expansion of audiences. Fans are everywhere now, drawn to online streams by both the teams themselves and the promise of an interactive experience. It is not uncommon to find UK expats, for example, gathered in U.S. sports bars in the early morning watching their favorite football clubs (with second-screen apps at the ready) or to see Americans traveling abroad viewing NFL games together (even huddled around a mobile phone) anywhere from Beijing to the Middle East.

The ultimate goal is to provide the best possible Quality of Experience (QoE) and the only way to do that is to be prepared for the possibility of unpredictable spikes in the number of viewers.

Most broadcasters plan their capacity well in advance. Using historical data and predictions, they put the right amount of infrastructure in place to handle projected traffic. But, with the organic nature of the online world (and how quickly news, such as a great play or a tight ending to a match, can spread), no prediction can prepare for a major traffic surge. Here are some of the times that a live sports production can generate sudden audience surges:

The effect of sudden scale and global viewership is additional latency. Although users may be able to access the content, the QoE will be less than desirable — starts and stops, buffering, artifacting, and more — all because your event soared in popularity. Luckily, even in the face of sudden scaling, you can ensure the best possible QoE.

The key to providing a great live-streaming experience is ensured local delivery. To achieve that, you can’t just have a couple of servers somewhere (say, under someone’s desk or in the server closet) and hope for the best. Even if you are delivering to a regionalised market, you’ll need streaming capability spread throughout your targeted geographies.

In essence, you are creating an edge network, distributed servers to stream content as close to the end user as possible. In the event of sudden scaling, your edge network can help radically reduce the latency by directing incoming requests, through load balancing, to the closest server (instead of having all requests coming to a single location).

Unfortunately, just implementing more servers in more locations doesn’t solve all the problems, such as capacity overrun. What happens when traffic increases suddenly and one of your edge nodes gets flooded? Although it doesn’t affect your entire audience, viewers connecting to those servers will have a poor experience with your stream, causing you to lose long-term customers and revenue.

The ideal solution is to use elastic, cloud-based resources as your edge network. They enable you to spin up more servers to handle sudden increases in connection requests, wherever your users are. Alternatively, you can employ a commercial CDN that already has elasticity built into its network.

Addressing sudden scale isn’t your only challenge to providing a great QoE for your audience. What’s the point of an elastic, edgebased network to accommodate flash crowds if people can’t get to your site or, worse, end up watching a pirated version of your event on some other website?

In most cases, you’ve probably licensed your content for viewing only in a specific geography (or, if you are the content owner, you want to limit licensees to specific geographies), which means that you need a way to restrict access. The most common way is to use geo-fencing, in which the incoming user’s IP address is compared against a geo database. Location is extracted and compared against a set of rules to either grant or deny access.

Unfortunately, that doesn’t stop someone from copying your stream onto their Website (without the geo-restrictions). To prevent this, you’ll need to use URL tokenization. In this security mechanism, your player will make a request for the stream with an additional parameter (the token). The server delivering the stream will decode the token to ascertain authorisation: if it’s a match, the stream will be delivered; if it’s not, it won’t. The token has to be created using a shared secret that only you (and the media server) know, which makes it impossible to forge.

Let’s say that nefarious hackers have figured out a way to pirate your stream. By transmitting it “in the clear”, you’ve given them the ability to duplicate it and display it on their own website. But, if your stream uses SSL (Secure Sockets Layer), even if they intercept your content, they won’t be able to decode it.

What could be worse than your users’ coming to your website only to be unable to connect to it? That’s what might happen if you were to come under a DDoS attack before or during your live streaming. Such an attack, flooding your server with bogus requests, could prevent everyone from enjoying the content. But, with the right security measures in place, such as a cloud-based DDoS-mitigation solution, you can successfully scrub the bad traffic out and ensure that users are able to connect to your live stream.

In the future, it will be like ‘being there’

Making the experience more engaging with second-screen and broadcast-quality video is only the first step in redefining the live-streamed sports event. The ultimate goal? To give viewers the feeling that they are actually at the event.

Broadcasters are exploring the use of more camera angles and placement of cameras. “Dirt cams” pop out of the pitcher’s mound in baseball broadcasts, robot and drone-mounted cameras have appeared at golf events, and NFL broadcasts include views from goal-line markers. It is inevitable that viewers will want the option to select viewing angles during a broadcast. How exciting would it be to watch a 4th-and-goal play from the goal-line cam or a potential tournament-winning birdie putt from the robot cam on the green?

The drive to provide a new, exciting and interactive ‘broadcast-quality’ online video experience for live sports coverage is having an unintended consequence: it’s expanding audiences globally. And the combination of online delivery and global audiences introduces a considerable challenge: how to mitigate sudden scale and provide the best possible QoE.

Broadcasters can prepare themselves to not only handle sudden traffic spikes but also protect their content and ensure availability, all in the name of maximising the QoE. With a flexible infrastructure, elastic capacity like that offered through a commercial CDN and proven security features, live-streamed sports events can be assured an engaging future of interactive, online, anytime video that meets the expectations of audiences around the world.