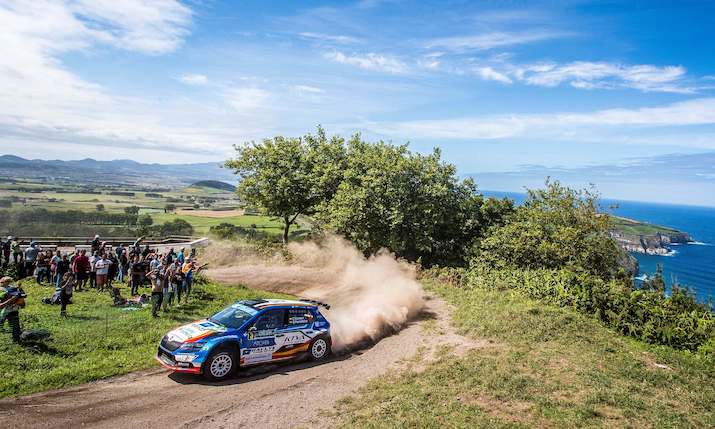 Greek pay-TV provider Cosmote TV is the latest broadcaster to sign up for WRC Promoter’s new-look portfolio of top-level rally and rallycross action.

It has extended its current agreement, which was due to expire at the end of 2022, by a further three years to spotlight WRC Promoter’s top-tier motorsport.

Fans will also enjoy the FIA World Rallycross Championship (World RX), which ushers in a new electric future this year, and the FIA European Rally Championship (ERC) – a newcomer to WRC Promoter’s stable in 2022.

Although the new deal does not begin until 2023, Cosmote TV will begin ERC coverage this year. All three series will be screened on the Cosmote Sport channels, offering 200 hours of live coverage per season.

The extension follows a similar agreement announced late last year with C More to show all three championships across Finland and Sweden.

Coverage on both networks will include live action and highlights from all three series, interviews with big-name stars, news from the WRC and ERC service parks and World RX paddocks and behind-the-scenes features.

This season’s 13-round WRC, which celebrates its 50th year of competition, will again feature Acropolis Rally Greece, which made a successful return in 2021 following an eight-year absence. The rally will be held on 8-11 September.

For the first time in World RX history, the 2022 series will feature electric-powered cars, delivering the equivalent of 680hp on dual-surface circuits at 12 rounds.

The ERC, viewed as a stepping-stone to WRC for young talent as well as a highly regarded championship in its own right, comprises eight rounds. The 2022 campaign begins in Portugal in March.

The series will benefit from greater coverage than ever, mirroring that of the WRC, with every stage available to watch live and a rally-closing Power Stage, with bonus points available to the fastest crews. Commentary on the ERC on Cosmote TV will be in Greek.

“Broadcasters are excited by the addition of the FIA European Rally Championship to our already successful roster. So much so that Cosmote TV could not wait until 2023 to start its coverage.” he said. “WRC Promoter’s portfolio of top-class motorsport really resonates with fans across the globe. Because of that, broadcasters are keen to not only increase their programme hours, but also to show their confidence in the future by signing long-term contracts.”