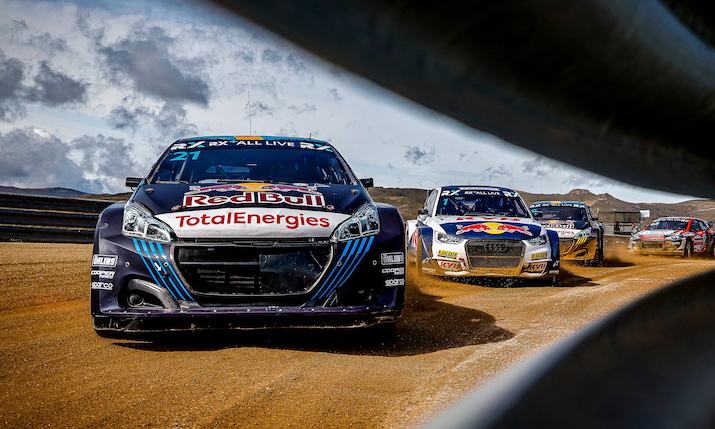 Up to 600 hours of motorsport action per season from WRC Promoter’s new-look world championship portfolio will be screened across Finland and Sweden in a six-year agreement with C More.

The partnership runs until the end of 2027 and represents the latest major broadcast deal for the WRC Promoter family, which owns the commercial rights to all three championships.

Coverage on the C More Max channel and via its streaming service and other platforms will include live action and highlights from all three series, interviews with big-name stars, news from the WRC and ERC service parks and World RX paddocks, and behind-the-scenes features.

Swedish viewers can access World RX and ERC in 2022, with WRC coverage starting in 2023. Finnish fans can view all three series from next year, with WRC Promoter’s All Live product available via C More’s streaming services and channels.

Finland and Sweden are both long-standing WRC hosts and both will stage fixtures in the 13-round 2022 calendar.

Finland is the home of Toyota Gazoo Racing, which completed a grand slam of drivers’, co-drivers’ and manufacturers’ titles in 2021. Toyota boasts mercurial youngster Kalle Rovanperä, who this year became the youngest driver to win a WRC round aged just 20, and fellow Finn Esapekka Lappi in next season’s line-up.

Rallycross similarly boasts a long heritage in the Nordic region. Sweden and Finland provided the top four drivers in this year’s World RX standings, while at least one of the two nations has staged a World RX round every year since the championship’s inception.

“It’s a multi-course menu for hungry fans eager to feast on three of the most exciting and action-packed motorsport series in the world,” he said. “Finland and Sweden both have a wonderful motorsport heritage. This package gives fans the opportunity to support their heroes in three different, but equally exciting, series at almost 30 events each year.

“There will be more motorsport action to watch than ever before in these countries on a variety of platforms. C More’s enthusiasm for a long-term agreement shows not only the current value of our championships, but its confidence at the way in which they will grow over the coming years.”

Johan Cederqvist, head of pay channels and rights at parent company TV4 Media, added: “We’re delighted to become part of the journey WRC, ERC and World RX has embarked on with world-class production and an extensive calendar. We look forward to C More being the home of rally and rallycross.”