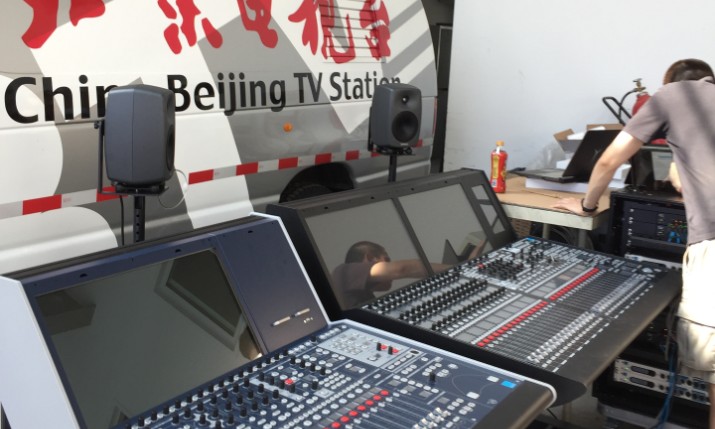 Beijing Television (BTV), the government-owned television network in the People’s Republic of China, has bought audio consoles and stage boxes from Lawo as it continues to ramp up its production capabilities ahead of the 2022 Winter Olympics in Beijing, Yanqin and Zhangjiakou.

For its first purely IP mobile Electronic Field Production (EFP) system, the broadcaster has purchased a third-generation 32-fader mc²56 production console with 288 DSP channels as a main desk, along with an mc²36 all-in-one console with 16 faders as a backup.

The system integration was handled by Lawo’s partner NDT, which also designed the system using the typical spine-leaf IP switch network involving a couple of CISCO switches. The project began in June 2018 and was successfully completed in July 2019.

BTV has been using Lawo consoles since 2008. In recent years, the broadcaster has utilised a Lawo mc²66 digital console in the first 3D OB truck to be commissioned in China. This was employed to broadcast various sporting event including CBA basketball club matches and China Super League football matches.

This installation is the first IP audio mobile system within BTV, and the second for the whole country, using Lawo mc² series mixing based on full RAVENNA standards.