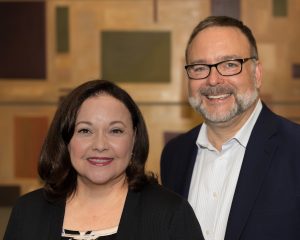 With its appearance at BroadcastAsia from 26-28 June, Clear-Com will continue celebrating the 50th anniversary of its founding. This marks an important milestone for the company as it looks back on its heritage of communications breakthroughs and the people who contributed to its success.

“Over the past 50 years, Clear-Com has grown to become one of the most recognized and highly sought-after communications brands in the Pro-Audio industry,” said Mitzi Dominguez, CEO of Clear-Com. “While our brand has become synonymous with various intercom products which allow professionals to work together at critical times, ultimately Clear-Com’s journey is a story about people who were pivotal within this business — visionary leaders of the past and present, alumni and current staff, committed partners, loyal users and industry influencers. This year we will look back on milestone moments of innovation and ingenuity, as well as looking forward to future possibilities for better communication.”

Founded on April 18, 1968, Clear-Com traces its beginning to a two-person team in San Francisco, California, USA. It was at this time in history where Bob Cohen and Charlie Button met and worked together to create the very first production intercom, known as the RS-100 distributed amplifier analog beltpack system. The RS-100 was an instant success, used for production communication by San Francisco rock bands and artists such as Jefferson Airplane, Janis Joplin, and the Grateful Dead.

Since then, Clear-Com has stayed true to its roots with analogue-based intercom systems for the live performance market, while the company has also expanded into broadcast, military, aerospace and government, sports operations, houses of worship, theme park and offshore-marine markets. This diverse range of markets is now served by a mixed communications and connectivity portfolio comprised of IP, Digital, Wireless, Fiber and Mobile Applications for group and point-to-point communications on multiple private channels.

“We have accomplished a lot along the way and throughout this celebration you will see that this is more than just a trip down memory lane – the Clear-Com of 2018 is in many ways unrecognizable to the company that started in the crucible of the Summer of Love in San Francisco,” said Bob Boster, president of Clear-Com. “Our technology platforms, our global scope, our diverse range of markets and applications are all way beyond the imaginations of Clear-Com’s founders. This is our collective expression of appreciation for each other and what we have accomplished together over the years – we invite you to stand up and be counted as part of the community! Let us toast to the past, shape the present, and inspire the future.”

The company continues to mark the anniversary different ways in various parts of the world—at tradeshows, in local events with partners and customers, on social media channels, and on its dedicated 50-year Anniversary website at www.clearcom50.com.