Vislink Technologies (stand 6.B27) has launched its latest wireless video transmitter, the all-new MicroLite 3. It will be available as a standalone unit as well as with a companion receiver in a complete end-to-end solution. 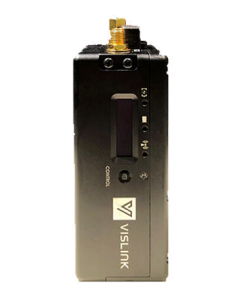 The MicroLite 3 transmitter is the most advanced MicroLite ever seen. Building on the success of the MicroLite range of small form factor wireless camera transmitters, the MicroLite 3 includes numerous technological advancements designed to deliver outstanding video quality, bandwidth efficient transmissions, ease of setup and flexible configuration options—all in a compact (3”/9cm) and lightweight (208 grams/<10 ounces) form factor. These features make it ideal for capturing high-quality, real-time HD video up to 1080i resolution from cameras used in applications such as ENG, live sports and entertainment, film assist, Steadicam operations and drone-based coverage.

“The MicroLite 3 sets the new standard for affordable wireless video transmitters,” said John Payne, President and COO of Vislink. “We’ve essentially taken the leading mid-market camera system—the MicroLite —and supercharged its features while making it even easier to set up and quicker to deploy. The result is the most compelling value in wireless camera systems available today.”

Another key upgrade is that MicroLite 3 is much more frequency agile. Vislink has increased the frequency range supported by the MicroLite 3 to include licensed and unlicensed frequencies from the 2GHz to 6GHz range. This includes the U-NII Low 5.15-5.25GHz and 5.7-5.825GHz bands, with the potential to house higher frequencies (6.0-8.5GHz bands).