Alan Bright is new director of engineering at IMG Studios 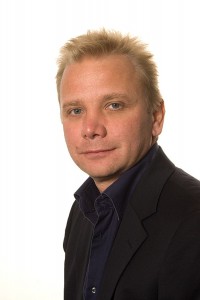 Alan Bright will start work at IMG in January

Alan Bright, who will take up his new role at IMG in January 2015, joins from Presteigne Broadcast Hire where he is currently director of operations and also responsible for the RF and Special Projects department, which counts the BBC and Sky Sports among its clients.

Having started out as an engineer at the BBC, Bright went on to specialise in major live events for the corporation, managing live broadcasts in over 40 countries. He joined the newly-formed SIS Live in 2008 before becoming project director for the 2010 Commonwealth Games in Delhi, India. More recently, he was technical manager of the host broadcast of the Opening and Closing ceremonies for the London 2012 Paralympics.

David Shield, IMG’s global director of engineering and technology, said: “We are delighted to have Alan on board. Having worked with him on a number of our productions, including the Asian Games and our Paralympics coverage for Channel 4, we are fully aware of the wealth of experience he will bring to IMG and our clients going forward.”

“I’m looking forward to joining IMG and working with the organisation’s talented staff and extensive range of clients,” said Bright. “Coupled with the impressive facilities at IMG Studios, this is an exciting opportunity.”