With the second season of the Overwatch League off and running, Blizzard Entertainment has debuted several technologies — both for the fan-viewing experience and in its broadcast infrastructure.

In addition to an enhanced Command Centre feature in Overwatch League All-Access Pass on Twitch allowing viewers to watch games from any player’s first-person point of view, Blizzard is producing live pre-game/halftime/post-game shows inside Blizzard Arena for all matches and will produce several Overwatch League (OWL) games in teams’ home cities for the first time. In addition, Blizzard has launched a new media-asset–management (MAM) system and revamped its OWL transmission scheme to allow customised domestic and international feeds. 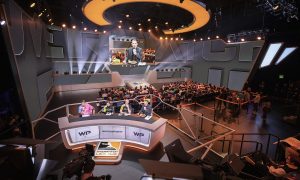 “We have a lot of new things that are very cool this season from a technology perspective,” said Pete Emminger, senior director, global broadcast, Blizzard Entertainment. “From a content perspective, we are very excited about the new [features in the] Overwatch All-Access Pass product on Twitch and to be hosting our premium pre and post shows live this year.

“We had a lot of interest in the community for more content like this, and we want to keep creating more engaging content. We definitely learned a lot around the content ecosystem last year and are excited for an even better season this year.”

This story first appeared on Sports Video Group US. To read more, go to: https://www.sportsvideo.org/2019/02/22/blizzard-entertainment-continues-to-innovate-in-year-two-of-overwatch-league/