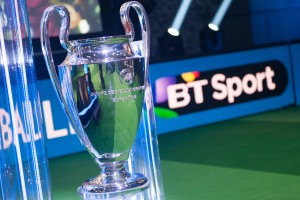 Dolby Atmos has made the headlines at BT Sport which has shown exclusive live coverage of Manchester United v St Etienne (16 February) and Manchester City v AS Monaco (21 February) in Dolby Atmos sound, the first time this has ever happened in UEFA Champions League or UEFA Europa League matches, writes Heather McLean.

The matches were broadcast in Dolby Atmos sound exclusively on BT Sport’s Ultra HD (UHD) channel available with the BT TV Total Entertainment package. This builds on the first ever Premier League match using Dolby Atmos sound when Liverpool played Chelsea at Anfield on January 31, with three further games being shown since then.

On how Dolby Atmos is helping the marketing of the BT Sport UAFA match coverage, Jamie Hindhaugh, Chief Operating Officer BT TV and BT Sport, told SVG Europe: “It is part of BT Sport’s premium offering and ambition to be at the heart of sport and give our audiences the most immersive viewing experience possible – UHD combined with Dolby Atmos, the best pictures and best sound.

“During the game, a Soundfield microphone will capture the sound of the crowd in 3D, while a range of other microphones will capture many different elements, from the referee’s whistle and the spectators’ cheers to the thud of the football being kicked”. 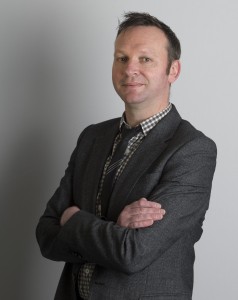 Jamie Hindhaugh: “The pictures seem even better because of the quality of the sound”

capture all of the multidimensional sounds. “And of course, the commentators and reporters on the sidelines and in the studio will also have their own microphones so that viewers can hear their opinions,” Hindhaugh added.

“Inside the trucks, speakers have been installed in the ceiling to enable the monitoring of a Dolby Atmos mix with overhead sound, while the microphones from around the pitch are connected to an audio mixing desk,” Hindhaugh said.

Dolby Atmos sound is available on BT Sport’s 4K UHD channel — delivering content with Dolby Atmos embedded in its 4K UHD IP broadcast feed. From this season, BT has doubled the number of sports events broadcast in UHD. This immersive experience is available for no extra cost with BT TV’s Total Entertainment pack.

As to whether Dolby Atmos really does provide a better customer experience, Hindhaugh added: “Sound is often the forgotten medium in broadcast, and enhances the viewing experience by up to 60%. 3D sound provided by Dolby Atmos brings the stadium noise in to your front room, and also with the best possible live 4k UHD pictures available anywhere.”

He continued, referring to BT’s UHD offering, “The pictures seem even better because of the quality of the sound. BT Sport is the first and only broadcaster in the world to be broadcasting live 4K with Dolby Atmos; therefore we are recognised as the most innovative broadcaster, offering a USP our competitors don’t provide.”

On how Dolby Atmos will help BT Sport move forward, Hindhaugh stated: “This supports our ambitions to bring innovation to our customers to give them the most immersive viewing experience possible. This is all part of our editorial and strategic roadmap. 4k and now Dolby Atmos have been really well received and will be standard formats in the future.”

Hindhaugh concluded: “BT Sport is always aiming to be innovative and Dolby Atmos sound is a fantastic addition for viewers watching the UEFA Champions League and UEFA Europa League. We want viewers to truly feel the atmosphere of the stadium when watching games on BT Sport.”