BT Sport has announced the nominees for its annual Action Woman of the Year 2017 Award in association with The Telegraph. The awards, now in their fifth year, celebrate the ten most exceptional sporting performances by British female athletes throughout 2017. 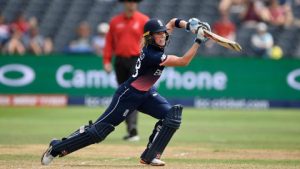 The winner of the Action Woman of the Year Award will once again be decided by the public who can place their votes via the website: BTSport.com/ActionWoman2017.

Action Woman of the Year 2017 nominees: Jodie Taylor – Football – The England forward won the Euro 2017 Golden Boot as UEFA Women’s Euro 2017 top scorer; Johanna Konta – Tennis – First British woman to reach the Wimbledon singles semi-finals since 1978 and also reached a career-high ranking of world number four; Hannah Cockroft MBE – Para-athlete – Secured three gold medals at the World Para Athletics Championships in London and also broke the world record in the T34 100m race; Tammy Beaumont – Cricket – Voted player of the tournament, after scoring 410 runs, when England won the 2017 Women’s Cricket World Cup; Mallory Franklin – Canoeing – The slalom canoeist became C1 World Champion in both individual and team events; Elise Christie – Short-track Speed-Skater – The first British woman to win world titles at 1000m, 1500m and the overall gold at the 2017 World Championships in Rotterdam; Anya Shrubsole – Cricket – Took six wickets for 46 runs and was named player of the match in the final as she helped England to victory in the 2017 Women’s World Cup; Katy McLean MBE – Rugby – England’s record point-scorer guided her side to the final of the 2017 Women’s Rugby World Cup, where they lost their crown to New Zealand.

The winners will be revealed at the BT Sport Action Woman of the Year Awards show, presented by Clare Balding on BT Sport 2, from 19:30 on Monday 4 December, 2017.

Simon Green, Head of BT Sport, said: “After another incredible year across the board for women’s sport, we are proud to recognise the efforts of these brilliant athletes and all they have achieved. Action Woman continues to grow and we want everyone to get voting for their favourite inspirational sportswoman of 2017.”

To vote for your action woman of the year visit BTSport.com/ActionWoman2017.