Sports broadcasting is going through a period of intense change and innovation with the rise of streaming services, new technologies and new business models, giving rise to an interesting debate in London last week (11 February 2020) at the Westminster Media Forum policy conference.

Innovation can be risky, and Premier League executive director William Bush recommends taking it slowly, especially in a sport with such vociferous fans as football, who, as the introduction of VAR has shown can get quite upset with changes. Besides, “however much AI gets exciting, we are not going to break away from the viscerality, humanity and physicality of the real thing,” he said.

“Another reason for innovating with care is we are truly a global competition,” and you don’t want to alienate any markets. However, the Premier League does have “a massive wrap-around of digital,” which is where most key innovation is happening, and this has made a difference in increasing popularity in some overseas markets. 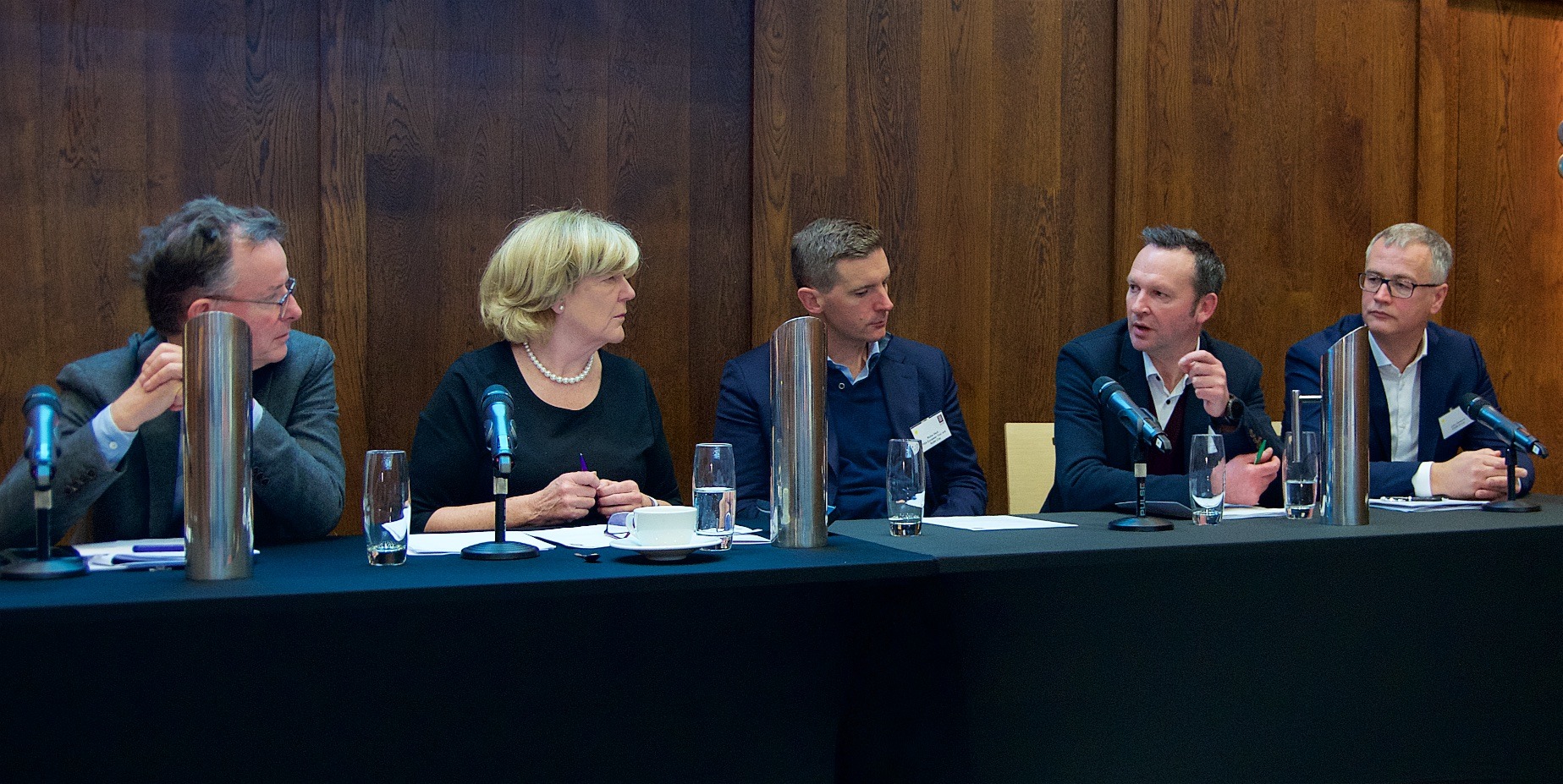 The current business model for sports broadcasting has worked very well for both rights holders, who have “got more money year on year”, and broadcasters who gained “high average revenue per user and low churn”, while fans “have got a much better product year on year,” according to Rufus Hack, chief content officer, PGA European Tour and Ryder Cup.

However, as we move from a purely pay TV environment, the business is changing. In the US, pay TV has seen 16 successive quarter-on-quarter declines in subscriber numbers. Other regions are similarly soft, while in the UK, PGA’s partner, Sky Sports, is promoting its OTT platform (Now TV) to stay relevant. “This leads to a state of flux that is tough to manage for rights holders, because we are effectively going after different audiences,” said Hack. The over-55s still prefer linear TV, but the under-25s view very little pay TV. “They only want to pay for the content they are consuming. They don’t want to pay this big subscription.”

Jamie Hindhaugh, chief operating officer, BT Sport, believes that “content exclusivity is key, regardless of the platform you are on.” It shares the Premier League with Sky and Amazon, but has the Champion’s League exclusively. “Owning it all is fantastic, but you still want people to engage with the product,” which is why BT Sport put the Champion’s League Final free on YouTube “to drive awareness and engagement” and “showcase what we can do as a brand.”

Working with YouTube is one example of the types of partnership enters into, which now includes rivals like Sky and Amazon – in fact, BT Sport (with Sunset+Vine) delivered the Prime Premier League coverage at Christmas. “We were really pleased with how it all went. Indeed, the first night I was worried it was too successful….”

BT Sport has also done the Scottish Cup for Premier Sport, and sold the Amazon matches in to pubs and clubs. “I want my people working on the best events that are out there. How do we enable that? By working with partners,” said Hindhaugh.

The PGA’s 60 broadcast partners are its main income stream, and it hopes to retain that value. But, it realises that in future it needs to work harder, and be more sophisticated and nuanced to create revenue from clips, social media and even free-to-air.

Some rights holders are trying to insulate themselves by moving into OTT themselves, but “it is very hard to make the economics work for a rights holder, particularly one in a niche sport like golf, where you are sub-scale, because the costs of running and doing a production is high and the cost of recruiting customers is high,” said Hack.

Hindhaugh doesn’t see OTT as a separate medium. “The new OTT providers are just broadcasters delivering over a different pipe.” He sees it as “a fantastic opportunity,” and something BT has been doing for five years, while Sky has had Now TV for eight years.

“It’s just another mechanism” that allows you reach a wider audience. However, what excites him most about IP delivery is that “it allows you move away from the one-to-many to one-to-one,” as it is now beginning to really enable personalisation, and to “play with formats and innovate around what we do.” 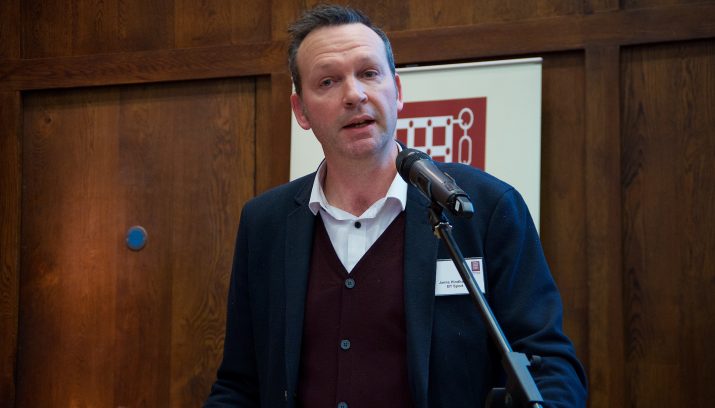 Indeed, OTT was how BT Sport launched its UHD channel five years ago, and allowed it to introduce object-based broadcasting in 2017 with the world’s first Dolby Atmos sports coverage. While 360º may detract from the shared viewing experience most sports fans want, it also enables a high degree of personalisation, allowing viewers replay action from any viewpoint.

“Picture quality in sport is really important,” he added. “If you are not at the live event, you want to feel as if you are,” and this drives innovation at BT Sport, such as its Ultimate service (UHD, Dolby Atmos, HDR, HD and SD – and 8K when it comes), which selects the best quality for whatever platform it is viewed on, and places the emphasis back on the content rather than the format.

Hindhaugh predicts that object-based broadcasting will be the next key innovation, allowing users to see exactly the graphics they want, suited to their level of knowledge and interest in the event. “You can choose the commentary level you want, you can choose the camera angles you want within that live feed.”

DAZN is “the fastest growing sports media company in the world,” and was created in 2016 “because we saw the way people were watching sport was changing” and spotted the gap in the market for a pure-play sports streaming service, said John Gleasure, chief business development officer, DAZN Group.

Jamie Hindhaugh predicts that object-based broadcasting will be the next key innovation, allowing users to see exactly the graphics they want

He believes that “IP-delivered services offer a much more intuitive way to consume sport.” Last year DAZN delivered more than 500m hours of viewing, with more than 100 events that did more than 1m simultaneous streams, and each weekend it delivers 200-plus live events. He claims it has the biggest portfolio of sports rights, all enhanced with integrated sports data. It also uses its consumer data for personalisation to enhance the experience.

People “like the flexibility and affordability of the service,” which has enabled DAZN make good headway in a market like Germany, where pay TV never really took off.

“The industry is evolving very quickly, and we see our competition coming all the time. And that competition is most likely to come from the US and China, so we need to get access to the best talent.” To this end it recently opened a major tech hub in Amsterdam, “because we couldn’t secure the talent we wanted in the UK.”

Personalisation allows you target specific audiences, “so you get greater value from an individual, from a commercial perspective,” said Gleasure.

“Personalisation is great, and sponsors see that opportunity if they are investing in it,” agreed Hindhaugh, but it doesn’t have such a wide reach as more traditional programming, and doesn’t capture the more transient viewers.

In golf, sponsors have moved from just wanting billboards, hospitality and B-to-B advertising, to B-to-C advertising, but there isn’t yet the same value on the digital streams (even with personalisation) as there is on linear television, responded Hack.

For Bush, being able to target advertising at specific markets (geographic or demographic) means you don’t have to have “a global reaching sponsor,” but can also get niche sponsors for individual markets, although “managing that tangled spaghetti is an interesting challenge too.”

There is also the risk of undermining the broadcast investment, by giving clips away, said Hindhaugh, and the needs of the various platforms and sponsors have to be carefully balanced.

The Premier League has done some direct-to-consumer testing, and “would move to it in a flash” if it 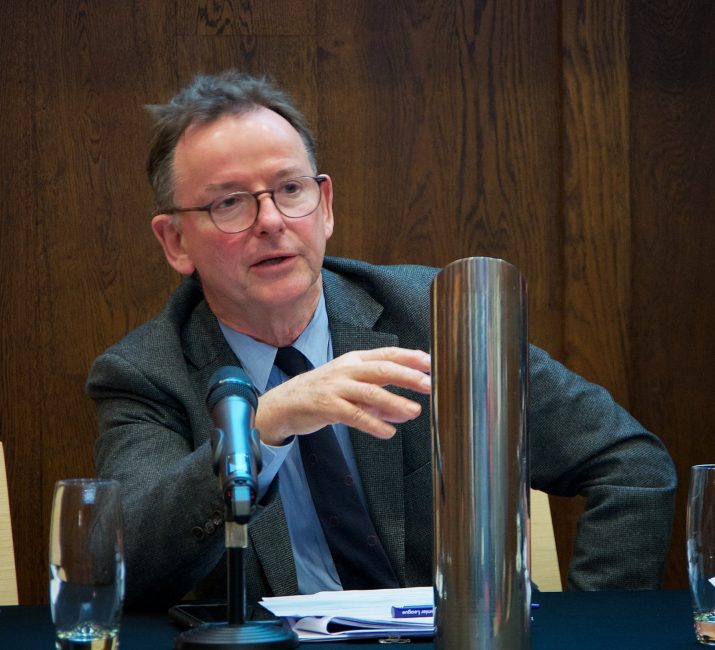 William Bush, Premier League: “When it comes to new models, we shouldn’t underestimate the old ones, because they do a very good job”

thought this was the best way to reach consumers or heavy fans, “but at the moment the balance is still very much with the territorial broadcasters.” To fans it is just a pipe – it is the pictures and information they want. If it does go direct, can it guarantee it will reach consumers more effectively than a broadcaster with local knowledge? Probably not. Even with all these ways of allowing access to a sport, Bush believes that “the intermediary model, almost regardless of technology, is the one that sports are going to look at first.”

Hack agreed. “It is a massive pivot in your business model to move from being a B-to-B company to a B-to-C company.” PGA’s revenues come from sponsorship and selling media rights. “If you are going to be a B-to-C company you need to build a huge amount of in-house capability, to understand the customer and sell to the customer.”

There are a lot of challenges in selling in to 60 territories, such as dealing with multiple languages and commentary – which its broadcasters handle – and how to acquire customers at scale, a cost broadcasters spread over multiple sports. “If you are going to go to OTT, I think the right model is an aggregated vehicle with someone like DAZN.”

Bush said that sports bodies will still want to be able to move quickly to a B-to-C model, partly because having that data may prove to be advantageous, but also to hold it over broadcasters to ensure they get a good deal. “There are a number of territories where you only have one cable company and you don’t want to be hostage to a market of one.”

While B-to-C may work for major sports, for minority attractions the big sports aggregators like BT Sport or Sky can deliver a much larger audience than they’d get on their own, and “will struggle,” said Hindhaugh.

Bush responded that when it comes to new models, we shouldn’t underestimate the old ones, “because they do a very good job. They are driving innovation and quality of production,” and they have the top commentary teams, who can work across many competitions. Indeed, if it went B-to-C he’d still probably want the sports aggregators to produce it “because of the incredible range of skills they bring to it.”

The Westminster Media Forum: The future of UK sports broadcasting took place on 11 February 2020 in London.