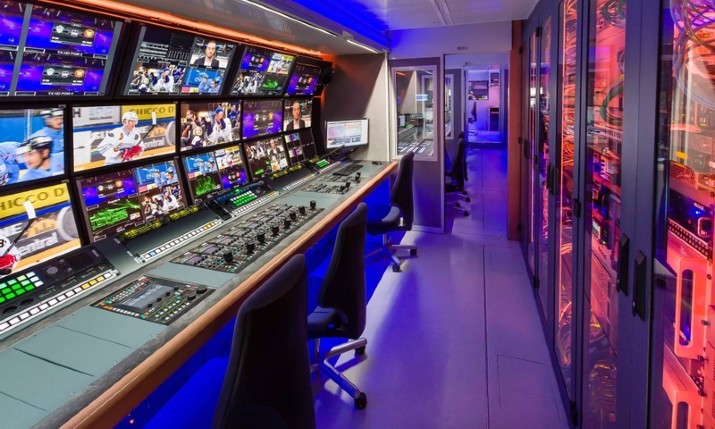 When I was asked to contribute a ‘what’s next for sports broadcast’ piece to SVG Europe a year ago, I concluded with a (somewhat) philosophical prediction for 2021: “The real advances will come from the human side of the workflow ― with bold choices by production teams leading to a new era of great sport stories.”

Apparently, my musing struck a chord.

After the article published, that closing remark prompted more than a few questions, such as ‘What exactly do you mean by bold, new workflows?’ And, more to the point, ‘How do media engineers support these new workflows?’ (Read: will I have to be a computer programmer?)

To answer these questions, let’s start with a quick stroll down memory lane. The past two years have proven that necessity is indeed the mother of invention. We’ve all been forced to find new ways of working, so chances are you made your share of bold choices.

Barbara Slater, BBC director of sport, when accepting this year’s IBC International Honour for Excellence, said that the past 18 months have pushed sports broadcasters three or four years ahead of where they planned to be on remote production.

While everybody doesn’t need what the BBC needs, it’s hard to deny that remote production is proving to be a big gain. For starters, reducing the amount of on-site support slashes costs: fewer people and less kit travelling saves fuel and reduces the carbon footprint.

But it also allows for more coverage at more events. In a world with 400 gigabit IP networks, and visually lossless JPEG XS compression, we can move a ton of video over fibre.

And that cloud stuff that all the big companies are doing? Almost anyone can use the same dynamic resources for things like pop-up channels, even executive live-switching and production with virtualised resources in a remote datacentre.

Cool story, right? But it brings us back to the more pressing question: how do you engineers support these mysterious systems with wild, new capabilities and IT-based technologies?

I’m often asked if, in this brave new world, every media engineer now needs to run out and become a certified network technician or cloud architect, or memorise the details of the SMPTE ST-2110 standard documents. Is IT all that matters?

The honest answer is that, if we’re talking about a large 24/7/365 broadcast centre, you may sleep easier if you have a certified IP networking technician on the payroll. But understand that none of these certifications directly address live media broadcast workflows or needs. You still need engineers and operators who understand video and audio, who know how to maintain quality, and who know how to tell stories in video.

In short, use these new IT technologies, seize the benefits they bring. But don’t worry about understanding the code. That’s not what makes you, the broadcast engineer, valuable.

Broadcast engineers understand the operational workflows, and how the technology delivers that. They recognise, from long experience, any quality flaws in sound and pictures, and know intuitively how to either correct them instantly or work around them. They speak the same language as the director, replay supervisor or supervising engineer, and can discuss and explain.

In the middle of the game, it really doesn’t matter whether there’s a loose connection at the back of the audio board or an error loop in a virtual processing node in the cloud. What does matter is that its effect on the output is minimal, and better yet invisible. When the pressure is off, it’s time to investigate the root of the issue.

IP technology and the internet are not new to media production, we’re just moving more media streams over these technologies. The same way you might have called in an expert to remote-access a server for software updates, you can now bring in any IP media expert on earth to remote-investigate your problem. Media engineers can team up with IT-industry technicians – even across oceans – to dig into the isolated device.

Remote access is not the only gamechanger. We can now do things like stand up brand-new virtualised devices within minutes. Processing nodes, production switchers, master control paths with full graphics and multiviewers are all available without shipping a single rack unit of hardware. The days of rolling a ‘tape cart’ with a failed server on top back to engineering are becoming scarce.

The same way your virtualised devices magically appeared, they can disappear when you are done. Once the media engineer and IT technician have repaired the offending device, the original workflow can be normalised and any virtualised substitute may be turned off, disappearing back into the cloud ether.

With each new build, we are seeing fewer rack units of devices, fewer patch-bays (if any), and yet the capabilities of these systems are growing to host productions with thousands of HD or UHD video streams. As we move deeper into IT technologies, our options expand rapidly.

The job of the media engineer is certainly changing. It’s moving away from the maintenance of on-premises, media-specific hardware, to becoming a holistic global system manager, co-ordinating pools of dynamic resources and experts the world over, with the ease of voice commands to a headset.

So, I leave you with a parting question: Did you make any bold choices over the past year? If not – why not?