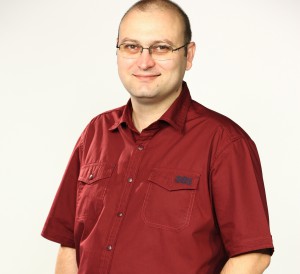 Morale is soaring in the Romanian rugby camp after the national team beat Argentina 23-0 to win the Rugby World Nations Cup competition held in Bucharest earlier this year. This is the third time Romania has won the Nations Cup trophy in the competition’s 10-year history.

The ‘Oaks’ (as the team is known) now has high hopes for its chances in the Rugby World Cup (RWC) to be played out in England during September and October. In fact, Romania has played in every Rugby World Cup since 1987

The Oaks will have four training camps before the World Cup and these will feature as part of broadcasts carried in Romania by Digi Sport.

“All our three sports channels, Digi Sport 1, 2 and 3, will be broadcasting the Rugby World Cup in HD,” confirms George Dobre, editor-in-chief of Digi Sport. “We are the Rights Holding Broadcaster for the country and, we believe, offer the best sports coverage in Romania.”

Dobre says that the channel will be covering all of the RWC games, not just those involving the national team. However, not all will be broadcast live. “Our final schedule is yet to be decided, but a great many of the matches will have a live slot. This is an important tournament for rugby fans in Romania.”

Alongside coverage of the games, Digi Sport plans special reporting in its news programmes, and a dedicated programme titled, appropriately enough, Rugby Special.

Like many other broadcasters, Digi Sport will be receiving a dirty feed from Host Broadcaster ITV. “In addition, all of the ITV cameras will be ISO’d to us. Although we will have a production and reporting team in England throughout the event, our plans do not involve a studio or stand up- position at the venues.”

Dobre states that all transmissions will be co-ordinated from Bucharest, using the sources from the Host Broadcaster. “Game graphics are coming from the ITV, but we will add our own graphics for the shows that come from our studio. And like other broadcasters, we are utilising the on-screen statistics that are made available by World Rugby.”

Romania rugby legend Radu Constantin will be Digi Sport’s main presenter for World Cup. A team of Romanian rugby specialists will assist him.

Alongside the transmissions on the three television channels, subscribers to RCS&RDS will have access to the programmes on www.digisport.ro. RCS&RDS (a merger of Romania Cable Systems (RCS) and Romania Data Systems (RDS) is the market leader for broadband and TV services and the only quad-play provider.

“Following our success against Argentina, we are going into this tournament with high hopes for our team’s success. And our aim is to provide the very best coverage for our many rugby fans throughout the country,” concludes Dobre.