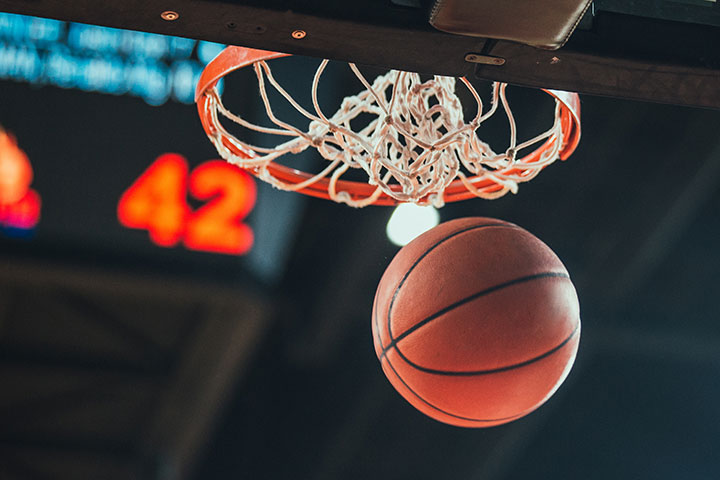 About two and a half years ago, Discovery Italia acquired the rights to basketball matches including the entire Serie A, Italian Cup, Super Cup, Euro Cup, Champions, and Euroleague championships.

In doing so it became the ‘Casa del Basket’ for Italy and the matches produced are broadcast in a multi-platform format on the Eurosport 2 television channel in linear mode, within the Sky Italia satellite platform, on DAZN (both in OTT version and streaming) and via Eurosport’s SportPlayer application.

Discovery requested Euro Media Group (EMG) Italia for the management of all the organisational production of these sporting TV events and 3Zero2 TV, associated with EMG, was commissioned to manage the entire technical part.

The project involves television filming, solutions and technical production infrastructures, management of journalistic comments, reception and transport of signals, and contribution towards the various delivery platforms.

The first season 2017/18 was executed using ‘traditional’ mobile OB vans, while preparing the ground ahead thanks to the replacement of the satellite contribution with that on IP. The fibre cabling of the sports halls made possible the fast, direct and dedicated connections to the Cologno Monzese TV production centre.

“We had to deal with the lack of facilities and knowledge on how to handle the shooting of several teams and many events at the same time.”

So, experimentation began on a new remote production, allowing preparation of a standard set-up able to satisfy the customer’s needs. Last year a cautious production of three matches per week was launched and this year full capacity was reached.

Thanks to all the engineering created within 3Zero2 TV, it is now possible to follow seven of the eight games played over each weekend. Today, between Serie A and Euro Cup, at least five games, for a total of 80%, are produced in remote production and only one is produced by RAI with traditional OB vans.

Giovanni Amato, senior broadcast director Italy & South Europe for Discovery Italia said, “we are confident because when we acquired the rights to basketball three years ago, no one in Italy had ever made coverage of all the games. We had to deal with the lack of facilities and knowledge on how to handle the shooting of several teams and many events at the same time.

“The remote production solution proposed and implemented by 3Zero2 TV has solved many of our needs,” Amato continued. “First of all, it has reduced production costs, considering that the destination channel is the OTT world where the typical broadcast production has unsustainable costs for obvious reasons of a different value of the medium. It was therefore of the utmost importance to find a solution that whilst maintaining the same quality, could drastically reduce expenses.”

The advantages of remote production

This realisation in remote mode made it possible to greatly simplify the crew to be sent to stadiums — now composed of four cameramen, a technical manager who controls the whole coding section and a graphic operator. The production remains complex given that it involves, in addition to shooting, the contribution, replay section and graphics linked to the scoreboard.

An on-site coding system allows the transport of the signals from the individual cameras to the 3Zero2 TV production centre where a director creates the programme. Here we have a director/operator who controls the video mixer and an RVM operator who takes care of all the slow motion and replays. A sound engineer takes care of both audio and signal reception.

Another advantage of remote production is that Discovery is able to separately record the signals of all the cameras at the production centre, therefore allowing them to publish real-time highlights on other channels such as social networks so as to increase the audience.

The operational heart of the system, intentionally simplified and ready in 3-4 hours on each venue, is composed of a flight case that collects the secrets of coding, backup, and takes care of the contribution signals in H.265 for each camera.

Four broadcast-class TV cameras shoot the event with long wide-angle optics and then a graphics station managed by Netco Sports, another associated Euro Media Group Italy, deals with the perfect synchronisation of all complex graphic contributions. Scoreboard, scores, time, and scouts with statistical data are collected by Netco Sports to remotely control a tele-title character generator physically located in the remote production centre.

Everything in-venue relies on a 200 MB MPLS fibre optic transport that connects directly to the 3Zero2 TV broadcast centre in Cologno Monzese.

Here the decoding of the signals takes place in the master control room which then directs them to the gallery in which a Simply Live system operates the entire production. According to editorial choices and production optimisation, the commentary cabin is centralised and located in the production centre or, sometimes, directly on field, in the sports arena.

“The centralisation that we can manage thanks to remote production allows us to use a smaller number of professionals, all under the same roof.”

The sound is captured thanks to hyper-cardioid microphones placed on each camera and two other omnidirectional microphones that capture the ‘environment’, while for interviews some radio microphones are a must for connections from the sidelines.

Simply Live, distributed in Italy by Video Progetti, is an integrated gallery operating all the cuts between the cameras and mixing the graphics, the replays, including a tool box and managing highlights.

Giovanni Amato concluded, “today we can be happy with the optimisation of expenses, rationalisation of the crew and related travel costs, and, not to be underestimated, both we and the Basketball League — which helped a lot in the developing process — are very happy with the possibility of controlling more closely all production processes.

“This is because the centralisation that we can manage thanks to remote production allows us to use a smaller number of professionals, all under the same roof. So, we can verify and apply a greater ‘uniformity of treatment’ of the matches at the stylistic level.

“In practice, we can perfectly focus on the original needs of the Basketball League, which has worked very actively in this project and called for greater editorial control over the quality of the finished TV product.”