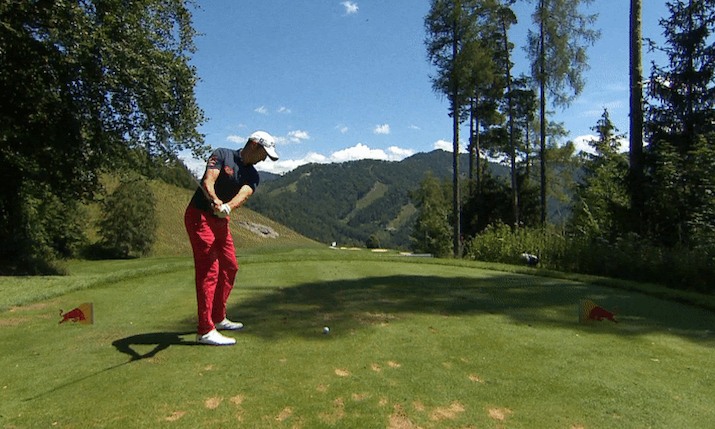 Avisys Electronics Austria has used two Dream Chip AtomOne SSM500 cameras to record footage for the Euram Bank Open, which was played in Ramsau, Austria at the GC Adamstal. The Open is part of the Challenge Tour, the second-tier men’s professional golf tour in Europe.

Avisys was tasked by Euro-TV Production, a service provider in the field of outdoor productions, with providing a technical setup which would facilitate dynamic, immersive and smooth capture of the golf swing of professional golfers, in a way that remained unobtrusive for the sportspeople involved. Euro-TV chose to combine the AtomOne SSM500 camera with a Polecam rig.

The AtomOne SSM500 was chosen because of the way it combines high-quality slow-motion footage in a build that weighs only 900g and measures 60x60x189mm – allowing maximum flexibility in the way the camera operator can use the setup to capture both the energy and emotion of the action, especially in terms of seamless, fluid floating shots that could not be achieved with more conventional, heavy-weight cameras.

From an image quality point of view, the SSM500 provides for 500fps footage at 10 bit, using a global shutter recorded to a ⅔in sensor which is capable of accommodating extreme light conditions at both ends of the spectrum. With the option of either a C or B4-mount lens base, users have the opportunity to customise their lens selection to best suit the action, and control it remotely using motor drive.

The AtomOne SSM500 allows for two workflows, based either on continuous SSM capture direct to the server, or a ‘trigger’ mode allowing for 60 seconds of 500fps footage stored internally. In the case of the golf event, the camera was linked to an OB van where a CyanView control panel controlled settings and was linked with EVS output.

Speaking for Avisys, owner and CEO Keigo Yoneda said: “The SSM500 granted us immense potential in the kinds of shots we could facilitate for Euro-TV – from static shots, to detail-orientated slow-motion shots that give audiences a never-before seen level of detail. Golf is such a technical, high-focus event, and the combination of the SSM500 and Polecam allowed us to communicate this to audiences around the world.”

“We see more and more production companies and broadcasters seek to implement Dream Chip solutions as part of their sports coverage. But what’s interesting is the huge variety of ways in which they structure their implementations – be it Polecams, drones or follow-cam gimbal setups, with WAN or wired connections,” said Christian Kuehn, product sales marketing manager at Dream Chip. “It’s evidence of just how versatile and flexible Dream Chip cameras are – by virtue of both their dimensions and technological capabilities. Regardless of setup though, what is guaranteed with Dream Chip cameras is exceptional image quality and immersive action.”