Endeavor, a global player with a portfolio of companies including WME, IMG, and UFC, has announced the formation of Endeavor Streaming to include recently acquired NeuLion.

Digital video technology company NeuLion, acquired by Endeavor in 2018, will be absorbed within the new group alongside Endeavor’s internally developed video platform technology, and now operate exclusively under the Endeavor Streaming moniker.

Endeavor Streaming will continue servicing properties like the NFL, NBA, UFC, and Euroleague, while welcoming new clients to the family including WWE and their WWE Network, one of the largest sports-entertainment OTT platforms in the world; UK-based BT and their new service, BT Sport Box Office; and OSN, the Middle East and North Africa’s leading entertainment network. 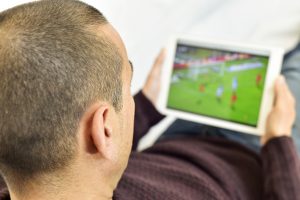 “There is no better home for content owners – whether an established sports league or a rising new content creator – than Endeavor Streaming,” remarked Wilson and Staeger. “We’ve integrated Endeavor’s scalable platform with NeuLion’s technology and feature set to provide clients with the best tools and services in video streaming, removing technology as a barrier in reaching their consumers.”

Said Vince McMahon, WWE Chairman & CEO, “Endeavor Streaming’s best-in-class technology enables us to offer more features, elevate the user experience and provides us even more opportunity to delight our fans around the world.”

Endeavor Streaming recently handled the record-breaking UFC 229: Khabib vs. McGregor, and received ‘OTT TV Service of the Year’ at the annual Content Innovation Awards ahead of MIPCOM for its work on the NBA League Pass International product. Meanwhile, the group has launched several new consumer products, including Serie A Pass and Strive, the latter of which features action from both Serie A and La Liga, Italy and Spain’s top professional soccer leagues, respectively.