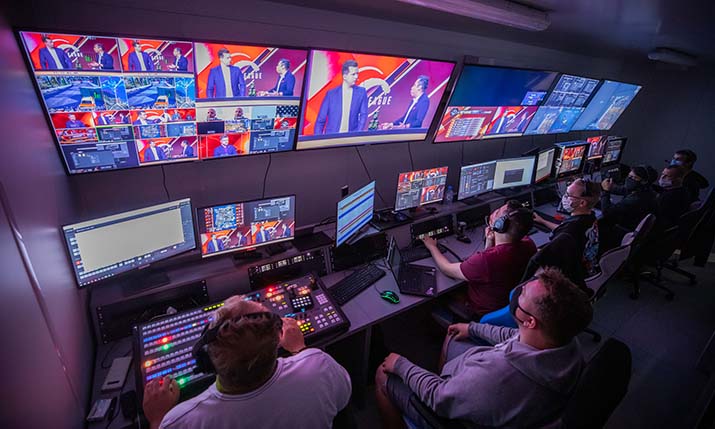 While the pandemic forced the shutter down on spectator attendance at esports events, unlike regular sports the live action continued unchecked.

For players, the shift to playing remotely was not a big adjustment as they were already used to playing online and from home. Most talent were also already outfitted for online streaming, as many had their own content channels and had already invested in the kit needed to broadcast online. It was up to esports producers to quickly pivot to this new reality.

Perhaps the world’s biggest is ESL Gaming, part of digital entertainment group MTG, which operates international leagues and tournaments under the ESL Pro Tour umbrella, including Intel Extreme Masters, ESL Pro League and other pre-eminent, stadium-size tournaments such as ESL One.

ESL Gaming also operates production facilities (Burbank, Sydney and Cologne among them) which host its own branded events as well as white label content for other tournaments or events.

The Katowice, Poland hub for ESL is among its most prestigious. In the past year it has quadrupled in size from one studio and control room to four new control rooms and three multipurpose halls, including ESL’s existing arena space. Design and specification began in March 2020 with the last studio/control room finished and operational in June of this year. 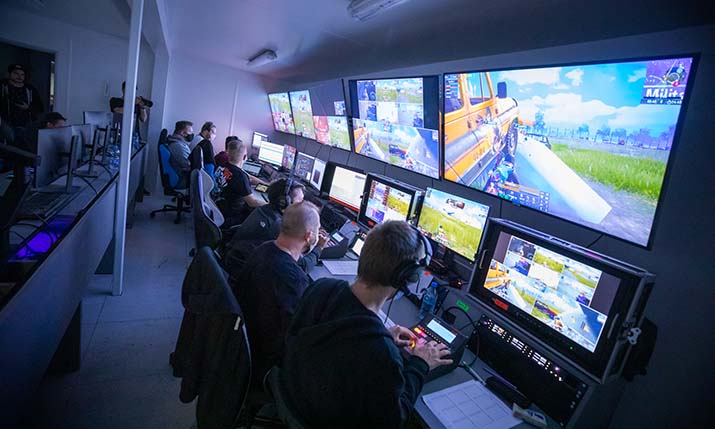 Head of engineering Krzysztof Pawlus explains that flexibility was the key element when designing the production workflow and control infrastructure.

“We produce a huge variety of live events, including ESL-branded formats,” he explains. “With that in mind, the entire workflow is reconfigurable to meet those needs and demands. Recently most of the talent has been remote and we also have to ensure the production teams continue to stay safe. We’ve made sure the studio infrastructure can bring in multiple external sources alongside signals from the studio floor, without any latency issues. It’s imperative that our streams are accurate.”

The entire facility – built at a new site just 100m away from the original studio – is now fibre connected. Each interconnected control room has a 288×288 router with 24 fibre in and out, as well as a bank of SDI cards for converting PC desktop signals to SDI. It enables the team to distribute any incoming source to anywhere in the facility, depending on the production’s requirements.

Blackmagic Design sits at the heart of the complex, which relies on multiple ATEM Constellation switchers and Universal Videohub for content production.

The halls are equipped to host a wide range of events, including space to accommodate up to 64 PlayerUnknown’s Battlegrounds mobile players.

Content is vision mixed on a variety of ATEM switchers. The largest control room has been furnished with an ATEM Constellation 8K switcher, which has been deployed across several high-profile events, including the Gamers without Borders charity tournament, where dual language programs were delivered simultaneously. All productions are delivered in 1080p 59.94 and streamed to Twitch and YouTube or via live video cloud to other platforms. 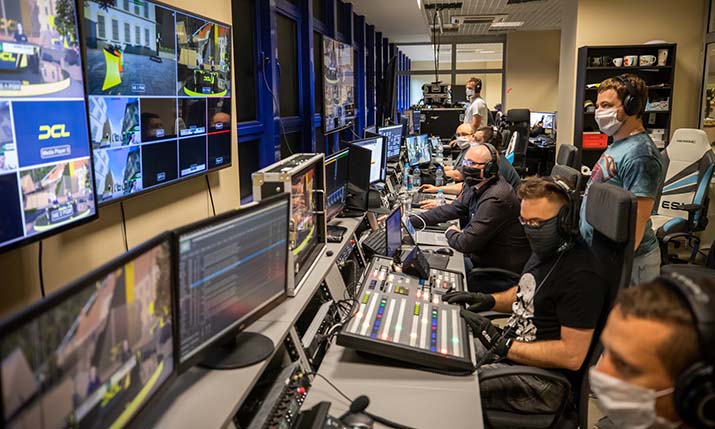 “Communications can be an issue, and making sure everybody is on the same page is a lot more problematic in a decentralised production,” says Pawlus. “The amount of communication, split-second decisions, and the speed at which the in-game production takes place makes remote operation a challenge, for sure, especially when we aim to improve on last year’s event, not go down in production value.”

Intel Extreme Masters Katowice 2020 tournament had to be played without fans in attendance at the 11,500-seat Spodek Arena as the Polish government forced the country into quarantine. That may have helped the final of Counter-Strike: Global Offensive IEM Katowice 2020 set a viewership record.

Esports Charts pegged the final’s peak viewership at 1,002,132, which it says is a new record for the IEM series.

Earlier this year, the 2021 tournament was also forced to play behind closed doors. With more than 20,500,000 hours watched across multiple distribution platforms, IEM Katowice saw hundreds of thousands of fans tuning in to catch the action with peak concurrent viewers (digital platforms, excluding China) surpassing 580,000, according to ESL figures.

ESL Gaming is now selling in person stadium tickets for the February 2022 IEM Katowice event but, even if fans are permitted back to the arena, many of the remote workflows implemented during the past couple years are here to stay.

“Many more production personnel who would have been involved in an outside broadcast at the studio prior to the pandemic can now operate remotely. These include observers (in-game camera operators). Also, we’re just starting to expand the features for our virtual studio. We want to introduce more video feeds, for example,” reveals Pawlus.

“The availability of Blackmagic’s SDK allows us a high level of workflow customisation, while the ability to automate complex processes through custom macros is a real advantage and helps us to diversify our streams.”

The new studio facilities will allow ESL to expand its range of events and enable the team to innovate further in its content production.

Canal+ called on the facility to produce a FIFA 20 esports tournament production in the absence of traditional sports during the pandemic.

“We can now go to air with four to five productions at the same time,” Pawlus says.