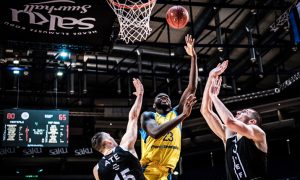 The deal includes 20 Pixellot Prime systems that provide broadcast quality coverage, and will be used to cover 20 halls used by the top leagues.  The Prime systems are already being deployed at basketball arenas across Estonia and Latvia.

However, Yossi Tarablus, Pixellot’s director of marketing, added there are more systems heading to the Baltics: “There are more Pixellot systems [involved in this deal] which are already either installed or on the way out to the Baltics, which will be used to cover the secondary leagues; about 45 to 50 all together.”

The games of the lower Estonian leagues will also be broadcast via Estonian telco, Telia TV, part of the Sweden-based Telia Company. In early October Levira will kick off broadcasting on the Telia Live channel, and in January 2020 the games will move to the new Inspira channel that Telia is currently creating, which will broadcast sports, movies and TV series.

Pixellot’s AI-automated technology ensures high quality broadcasts without any human operators at the venue including advanced graphics and statistics. Computer vision algorithms monitor the movement of the ball and the players, and automatically select the action and highlights sports fans want to watch.

On why Levira and the Estonian and Latvian Basketball Associations go for Pixellot, Tarablus stated: “They chose Pixellot because of three major factors. Our experience; we have been in the market for more than five years and we are the clear leader in the field with over 5,000 systems deployed in fields and venues across the world. Our expertise; we are the biggest sports production platform in the world. So far in September we have produced over 44,000 hours of live sports and the month still has a week to go. And also our image quality; the Prime system has 50/60 FPS capabilities, which looks amazing.” 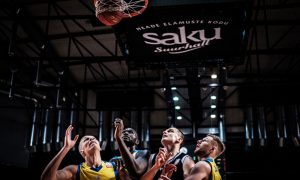 Said Martti Kinkar, Levira’s head of innovation and development: “Our long term agreement with the Estonian Basketball Association is a big step forward in incorporating the leading automated production solution in the sports halls of the Baltic States. Using Pixellot’s technology, we will bring more, high quality sports coverage to millions of fans in the region and around the world.”

Added Edgars Berzins, director of Latvian Basketball leagues: “We are excited to be the first sports organisation in Latvia to partner up with an automated camera solution provider. This will bring the visibility of Latvian club basketball to a level never seen before and offer the clubs tools to improve their communication platforms, as well as coaching tools and instant replay system for the referees.”

Alon Werber, CEO of Pixellot, concluded: “We are pleased that after a thorough evaluation process, Pixellot was unanimously selected to be the provider of automated sports production solutions. Levira is at the forefront of innovation in its field and with 20 Pixellot Prime systems slated to be installed in Estonian and Latvian arenas, there is no doubt that local fans are going to enjoy many more hours of basketball.”

Levira produces TV content, helps media services providers design TV channels and ensures that programmes are on the air 24 hours a day, 365 days a year. Levira is the main TV and radio network operator in Estonia, and owns one of the largest data centres in Estonia.