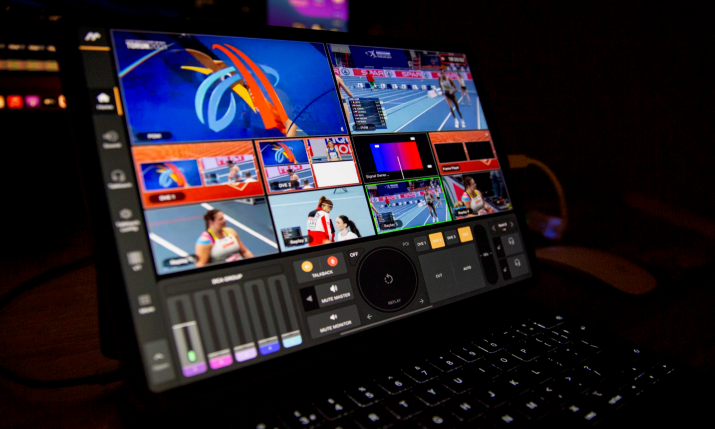 Mavis Live utilises the power of the cloud to enable remote virtualised live production, now catering for both progressive and interlaced workflows. The new interlaced version was first used at the European Athletics Indoor Championships 2021

Mavis Live, which virtualises the live production workflow, was developed by Mavis Broadcast. The latest iteration of this system was launched for the EBU and Eurovision Sport at the athletics championship held from 4 to 7 March 2021 at the Arena Toruń, Poland.

The cloud-based solution allowed three broadcasters who participated in the EBU trial – France Télévisions, RTE and SVT – to produce unilateral programming to complement the integrated feed. To do this, the Eurovision Sport team presented multiple isolated feeds from the venue through an SRT hybrid cloud platform to a number of Mavis Live instances in the cloud, giving control to broadcasters to make their own tailored output.

“It’s a sort of a new spin on that host broadcast feed, because actually you’re putting the control into the hand of the broadcaster, to be able to compliment that world feed with additional feeds”

The original iteration of Mavis Live was designed for digital output, but the pandemic changed those plans. The team has re-engineered the technology over the last six to nine months to work in a broadcast model, “so we can actually ingest interlaced and produce interlaced, in a way that we can go into someone’s MCR,” Patrick Holroyd, Mavis Broadcast CEO and co-founder, states. “The [European Athletics Indoor Championships 2021] was the first time we rolled out that more broadcast flavour of the system, which was running on an interlaced traditional pipeline,” notes Holroyd. 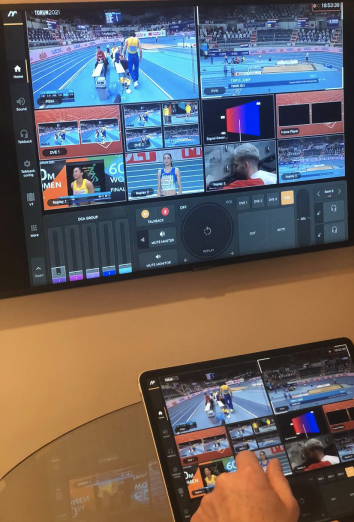 On how the relationship with the EBU began, Holroyd says when Mavis Broadcast ran a BETA programme for Mavis Live early in 2021, the EBU came forward to help test the system. He continues: “That relationship grew. Their need was to help compliment the services that they are giving to their broadcast members. They have a number of broadcasters who obviously can’t be on site at the moment because of all the restrictions, and perhaps in the future they don’t want to go on site. So [the EBU’s] vision was to – in addition to providing them with the integrated feed, the world feed that was getting produced and every broadcaster was taking – to give them the capability to create their own additional programming around that.”

Adds Phil Watten, CTO and co-founder at Mavis Broadcast: “The way we did that was that onsite [at the European Athletics Indoor Championships] the EBU had a number of feeds that they were producing. They presented us [with] four separate feeds, one of which was the integrated, and the other three were field. We took those four feeds and put them into three different instances of Mavis for three different broadcasters, effectively giving each broadcaster the capability to be able to cut away from the integrated feed and help tell their narrative, their story; follow their own athletes, etc. So it’s a sort of a new spin on that host broadcast feed, because actually you’re putting the control into the hand of the broadcaster, to be able to compliment that world feed with additional feeds.”

Of France Télévisions, RTE and SVT, the three broadcasters that used Mavis Live during the event, the French broadcaster used the system significantly and broadcast its output on its digital channels, while Irish RTE and Swedish SVT used the system as part of internal tests.

Adds Franck Choquard, head of content and platforms at Eurovision Sport: “Thanks to the great support of the Mavis team, we can begin to open up the potential of live cloud production for EBU Members and federations’ platforms.” 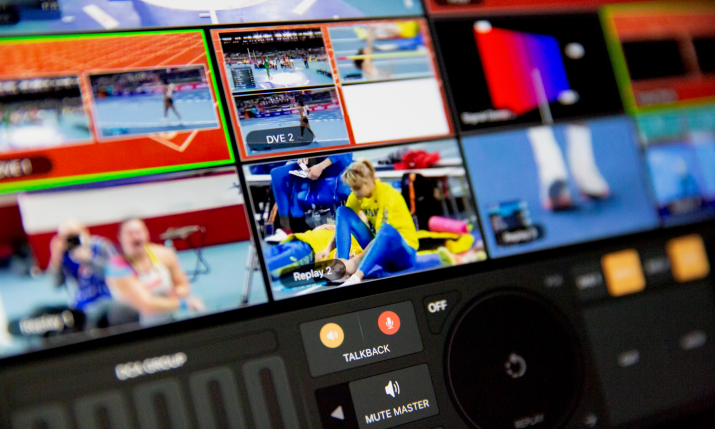 Now Mavis Broadcast is in discussion with the EBU about how to take the relationship forward, specifically by enabling Mavis Broadcast to take control of the entire feed production workflow to be able to reduce latency on the system to six to seven frames, using an underlying piece of technology developed by the company.

Mavis Broadcast intends to use Mavis Live Streaming Protocol (MLSP), which means all content is connected in a Mavis-controlled ecosystem through the cloud, from and to the various end points, therefore removing latency from the workflow and ensuring more control and reliability for end users.

All the kit in the system – from apps and interfaces, to a small encoder that clips to the back of cameras to encode video across the commercial internet with ultra low latency – are connected back to the cloud via MLSP.

Says Holroyd: “MLSP has been designed for a cloud world, so it encapsulates lots of things. It encapsulates video and audio as standard. But then you can also encapsulate bi-directional talkback, we can encapsulate metadata and control data so we can actually send tally information in it, we can send metadata in it so if you’re looking at the multi-view, we can send information about what is in the multi-view. It’s the thing that enables the cloud production element to work because it’s the thing that connects everything.”

On moving forward with the EBU, Watten says: “What we’re talking to EBU next about is us actually putting our encoders on site because at the [European Athletics Indoor Championships 2021], the EBU was presenting us with feeds into the cloud that they were generating into SRT. The low latency was there, but it was about three and a half-ish seconds. In the grand scheme of things that is probably okay.

“But if you want six, eight, or 12 cameras pointing at a pitch, all in sync with ultra low latency, that’s where we believe MLSP will come into its own [and take latency down ultra low to six to seven frames]. And those are the conversations we’re starting to have with the EBU about how we can help them to not only encode on site and get content into the cloud, but to live edit using Mavis, and then outputted either to broadcast in an interlaced workflow or to digital in a progressive workflow,” Watten continues.

Holroyd notes: “By having MLSP in all those places, it creates a far more integrated system. So because we understand the entire workflow, we can say, right, we know what the camera is. Therefore, when you do camera control or something, we can send the right information down to the camera. And then when you cut it, we built the iPad app so we know what’s going to happen there is exactly what we want to happen. And then we built the processor that sits in the cloud so we know how that works as well.

“So it just means that ultimately what we want is very much, you push the button and it all turns on; it just works,” concludes Holroyd.

Connecting to a virtual OB truck in the cloud

The idea for Mavis Live was conceived around 2.5 years ago. The crew had designed an app – Mavis Pro Camera, the first mobile app to offer industry standard features – and they realised there was an opportunity to expand on that idea. The team had previously worked on the idea of distributed galleries, “just seeing how we could make productions more efficient and sort of leave the creativity in there, but making it a bit easier for people to do it”, remembers Watten.

Watten continues: “We did quite a lot of work around that and ended up with piles of kit and fibres and stuff like that. Then we thought, “well, can we just get rid of it all? It’s all messy. It’s all heavy. We don’t like it. Let’s try and do cool stuff without it”. But then also on top of the fact that we just got rid of the truck, something else sort of came out that in a way that [we didn’t] initially expect it to; if you take that truck and then lift it up into the cloud, now everything’s still connected, but now all you have to do is be connected to that cloud.”

Holroyd adds: “Mavis is a company that’s all about taking the concept of the OB and putting it in the cloud. So that’s what we want to do. When you walk into an OB truck, there’s obviously all sorts of different things there; vision, audio, graphics, everything. We see a world where that entire infrastructure lives in the cloud.”

He continues: “The company is all about how we can take the current experiences that you have and mold them for a cloud world. We want to create a very similar experience to the kind of thing that you get from an OB truck, but without having to have the OB truck itself. An OB truck’s designed for making really high quality content and we want to allow people to make really high quality content, but not have to invest millions of quid in a truck.”