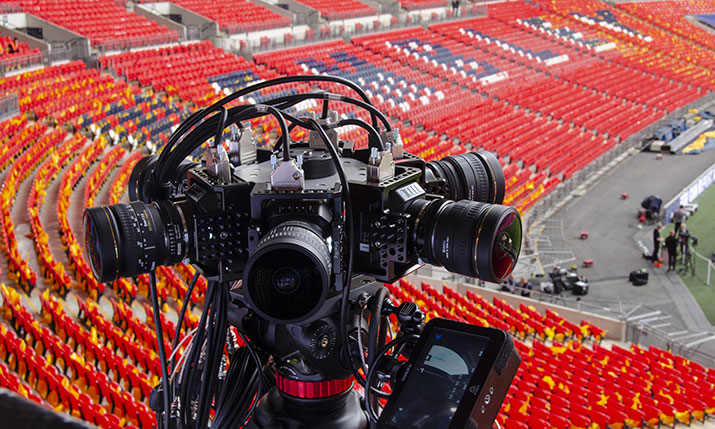 Working with Blackmagic Design cameras and switchers for the production and using Tiledmedia’s encoding technology and app, the broadcaster covered the game live, using two camera rigs, providing 100 individual testers with a higher quality 360-degree headset-free viewing experience plus the ability to pinch and zoom.

Further experiments will take place in the coming weeks and months as BT Sport looks to perfect the experience with a view to eventually adding it to its own BT Sport app.

Jamie Hindhaugh, chief operating officer at BT Sport, speaking to SVG Europe, said: “I am very proud of what we have done with 360 [so far]. But this is a massive step change. And that was echoed by everyone that engaged with it.

“The next step is how we incorporate all of this into a seamless customer user experience. The ambition is to roll this out as part of our standard offering, giving the ultimate viewing experience depending on what platform or connectivity you have. It is something we are very serious about.”

“You get super high-resolution images that you can then pinch and zoom on as well as move around. You really do feel like you’re at the stadium.”

Hindhaugh was particularly ebullient about the additional pinch and zoom functionality which he says adds a type of personalisation.

The 8K VR test at Wembley also included a virtual jumbotron big screen within the field of view allowing the user to see the standard live match coverage, including replays, in addition to the 360-degree feed.

Although BT Sport has been offering VR on its app since 2017, as Andy Beale, BT Sport chief engineer explained, there “is always room for improvement.”

“With the current streams of 4K, in the current viewing devices, with standard full-frame equirectangular encoding, you are cutting a small window out of a big sphere,” he said.

“4K gets you so far but we wanted to really work out how to improve that experience and take it to the next level.” 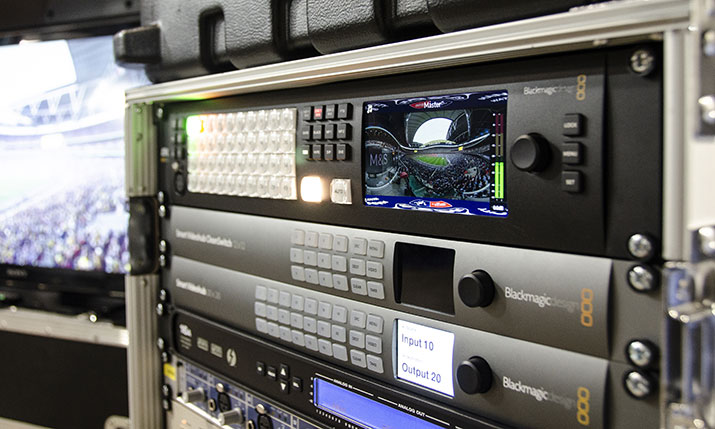 At Wembley, BT Sport deployed two 8K VR camera rigs, both making use of Blackmagic Design Micro Studio cameras. One was custom designed and built by BT Sport (pictured, above) while the other was an “off-the-shelf” rig.

This provided the additional quality. The challenge then was getting that extra data to the viewing device. The answer to this lied in the encoding, added Beale.

“Improving the raw quality by four times gets you so far.

“If you just did that, it would leave you with a massive distribution bit-rate challenge to get 8K to phones using 4G networks. The second part of the jigsaw, therefore, is to add a different type of encoding that means you only really send the viewer the bit they are looking at. Like Google Maps.”

The Tiledmedia encoding that was used meant that only the video content that was actually being viewed was in 8K while the unseen segments were sent in a lower resolution.

“Rather than sending the whole sphere in full res all the time, you just get the bit you’re looking at in full-res,” he added.

“4K gets you so far but we wanted to really work out how to improve that experience and take it to the next level.”

“As the viewer moves, we switch and send the high-res. The results are remarkable. You get super high-resolution images that you can then pinch and zoom on as well as move around. You really do feel like you’re at the stadium.”

The FA Cup Final trial involved 100 testers around the UK, all using the Tiledmedia app on both iOS and Android devices.

A previous trial, using a single camera, was carried out in October 2018 at a Champions League game between Chelsea and BATE Borisov.