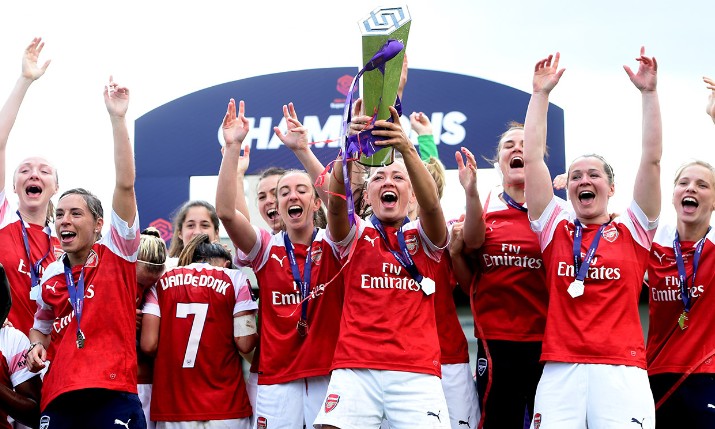 The Football Association (FA) will launch a new live streaming platform dedicated to women’s football from the start of the 2019-20 season.

The FA Player will be free to use and available online and via a dedicated mobile app. It will provide live access to more than 150 domestic women’s football fixtures throughout the season.

Included will be all live Barclays FA Women’s Super League matches and a live match from each round of the FA Women’s Championship.

In addition to live league coverage, the platform will stream selected match highlights from the England Women’s team, the Women’s FA Cup and the FA Women’s Continental League Cup.

Archive footage and regularly updated features on domestic football and the Lionesses will also be available.

BT Sport and BBC will continue their regular coverage with over 30 live games televised across the 2019-20 season.

In a statement, the FA said that the FA Player would “broaden access beyond traditional channels” providing content “free of charge in a single destination.”

Kelly Simmons, the FA’s director of the women’s professional game, added: “This announcement is a pivotal and significant step in The FA’s journey to grow the women’s game and attract new audiences. We know people want to watch football in different ways, with content that’s quickly and easily accessible.

“This new live streaming service will give them unique access to over 150 live fixtures in all competitions, all available at the click of a button. [It] will help build on the fantastic coverage BBC and BT Sport give the women’s game on their channels so that fans can enjoy the best of women’s football when and how they wish.”