Fast money and a life of crime: Ruud Gullit on how football is helping reform prisoners

The former footballer, club manager and now pundit Ruud Gullit was in attendance at IBC this year talking about a new series from Insight TV that is exploring how football – street football to be precise – is helping to reform prisoners around the world.

Speaking to SVG Europe, Gullit stated football has a central role in enabling former convicts to move on with their life, using the positivity and pleasure of the game to move forward on a new path.

“People need a second chance, they deserve a second chance. You make mistakes, everybody does… If society gives [former prisoners] the opportunity to get out of jail and see something, do something with their life, sport is the best thing,” he said.

Commenting on that training currently available in prisons, Gullit added it all points to a life of crime: “In prison, you only learn to do it better, with better connections.” 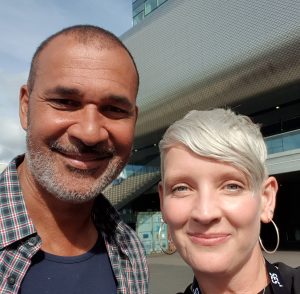 Understanding the power of football

With rap and hip hop blaring, Edward van Gils, the Godfather of street football, showed attendees at IBC just how talented he is with a ball. Van Gils used football and the training that goes with that sport as a reason and motivation to leave his difficult start in life behind.

His training got him spotted by a professional Dutch club, and from there he was able to take street football around the world, which in turn led to the creation of FIFA Street.

Now, he is using street football to help kids around the world that are facing the same life choices that he was and has created Streetkings in Jail, a four-part series for Insight TV where the crew take street football into jails.

In the trailer for the series, van Gils commented, “these kids saw so many terrible things in life and still they pick up a football instead of a gun; that shows you how powerful football is”.

The programmes look at how the beautiful game is playing a part in communities both inside and outside prison. Alongside Gullit, Gilberto Silva, Juan Pablo Angel and Kevin Kuranyi, he’s exploring why some street kings make it to the world stage, and others end up behind bars. The episodes visit the Netherlands, Columbia, Germany and Brazil.

“People need a second chance, they deserve a second chance. You make mistakes, everybody does… If society gives [former prisoners] the opportunity to get out of jail and see something, do something with their life, sport is the best thing.”

Insight TV came up with the idea for the new programme and approached Gullit, who said, “I was interested because it’s something that was very close to the way I was bought up, to see the temptations of doing something other than you would normally do. I was on the streets all the time, and of course my difference was by the time of 14 years old I already knew what I wanted to do; most kids don’t know at 14 what you want to be later, and temptations come, easy money.”

On the fact Gullit was lucky he had talent to enable him to move forward into the world of professional football, he noted, “yeah, but there were other people that also had talent but still went in a different way. It’s the influence of your friends, your family, everything.”

Gullit said kids today have different expectations of what life can offer them, compared to how he saw things growing up: “Especially now because the youth now is very spoilt. They want all designer clothes, they want big watches, they want all these kind of things, and I think to myself, yeah, based on what? You have to work for it first… they think it is a statement of your status, if you have these things, and therefore power. But then people are going to do [the] wrong things in order to get it. And that is the point.” 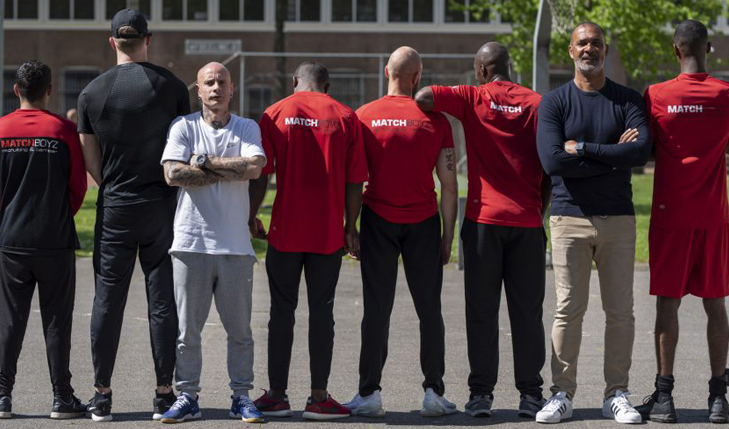 Fast money and a life of crime

Gullit noted that while in prison, people learn skills and gain contacts that will keep them on the same repetitive cycle of crime. The reason for this, Gullit stated, is that there are not enough opportunities for former prisoners to learn new skills once they are released, which narrows down the obvious options for employment.

“Therefore it was a very good thing that the [football] club in Holland, Emmen, helped,” he said.

Emmen FC has been going into Dutch prisons, teaching inmates football skills, holding training sessions, as well as giving those prisoners an opportunity to work at the club when they are released.

“But then you have to make a choice,” noted Gullit. “Do you want to go back to your old life, where you’ve come from, or do you want to have something [else] to do?”

On those prisoners being helped by Emmen, Gullit said: “The good thing was, I saw a sparkle in their eyes. That is what you’re looking for, that moment.”

Concluding, Gullit stated that the path chosen is down to personal choice, but that people have to take responsibility for themselves at some point: “This has nothing to do with colour… [kids] don’t start with themselves. They always see their actions as somebody else’s fault. If you can’t come clear by yourself – what is your impact in this? – then you can never heal, you can never become better.”

Gullit is working as a commentator for BBC Sport, Amazon, and is working in Quatar and Holland for BeIn Sports.

Streetkings in Jail, a co-production between Insight and Vice Studios, is available on Insight TV now