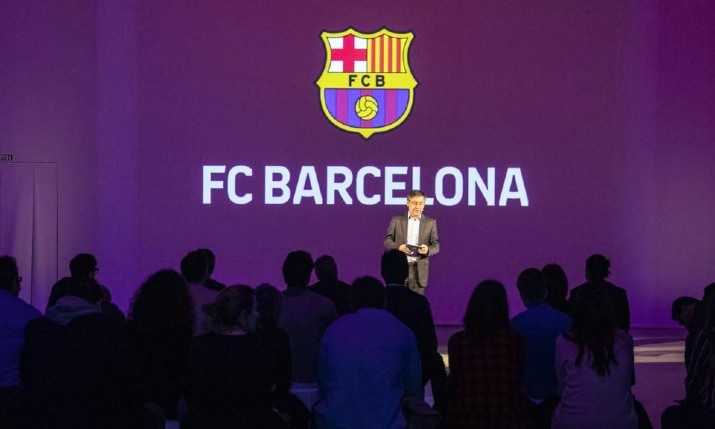 FC Barcelona is to launch an over the top (OTT) streaming platform as part of a new digital strategy designed to attract a bigger global fanbase and increase worldwide revenues.

Due to launch this spring, Barça TV+ will operate 24/7 and show on-demand highlights from first-team matches, exclusive player interviews and archive footage.

Live streams from first-team press conferences, B team fixtures, and all women’s team home games, will also be available on the subscription-based service.

Any original content will be produced by Barça Studios, the club’s in-house production company which also produces the output for its TV channel Barça TV.

The launch forms part of an overhaul of the club’s digital output that the Spanish champions say is “grounded upon a whole new way of relating to its fans around the globe.”

The strategy, the club said, will see it get closer to fans, get to know them better and offer them new products and services that are adapted to their needs.

At a launch event for the new initiative, called ‘Barça Digital Vision: Position, Strategy and Digital Projects’, Josep Maria Bartomeu, the president of FC Barcelona, explained: “A few months ago, while analysing our position and the options available in the digital world, we called on the Digital and Brand Area to design a new digital strategy based on two premises: our absolute conviction in the extraordinary margin for growth that still lies ahead for the Barça brand and the confirmation that our competitive environment has changed.

“We can now use digital technology to find out who our fans are and what they want. That is why we are developing in-house platforms that can use data analysis methods to offer our fans a wide range of content, products and services that are adapted to their needs.

“This new model involves a new evolution in terms of our revenue streams. The new income from the digital business will allow us to continue with our ownership structure, which is in the hands of our 140,000 members”.

The club is developing its new digital strategy around three core areas: attracting global audiences; entertainment and data; and the creation of an ecosystem of Barça digital products.

To do this, Barcelona’s social media output will be bolstered with “better quality content adapted to the fans” and the use of new platforms and programmes like Barça eSports to attract young audiences worldwide.

Entertainment content will also be produced and additional usage data captured and analysed.

These two areas will be structured around both Barça Studios content and a Fan Relationship Management (FRM) platform that will be used to collect data from the club’s digital channels so that it learn more about its supporters viewing habits.

The third core area is the creation of an ecosystem of Barça digital products and services, including the OTT service, and a global membership programme called ‘Culers’.

The digital experience in the stadium will also undergo major transformations designed to “integrate the digital and physical realms into one.” This is being done through what is being called the Espai Barça project.

The presentation of the new digital plan was held at SALA IDEAL – Centre d’Arts Digitals in Barcelona on Monday 3 February and featured Josep Maria Bartomeu, president of FC Barcelona; Dídac Lee, board member and head of the club’s Digital Area; Guillem Graell, CMO-Director of the Brand Area; and Enric Llopart, director of the Digital Area.

No pricing was revealed for Barça TV+.