The FIFA Women’s World Cup 2019 is set to begin today (7 June) in Paris with France taking on South Korea and FIFA TV’s efforts around the event continue to expand in order to meet the growing demands of rights holders and a growing global audience. Not only will the live match coverage take a step up in quality but the total amount of produced content available to rights holders will almost double that from 2015. 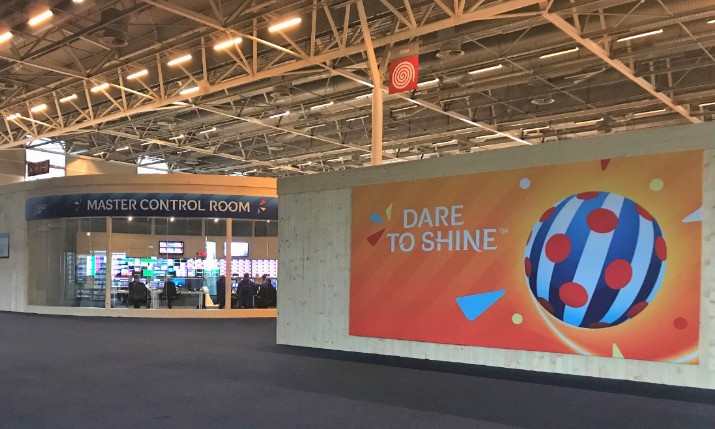 “We are hoping to reach up to one billion unique viewers for this Women’s World Cup,” says Florin Mitu, head of host broadcast production at FIFA. “The trend has been going in this direction ever since Germany 2011.”

Mitu adds that the fact that there are 62 rights licensees shows that the competition is enjoying a process of healthy organic growth.

“And, more than just the number of broadcasters, the profile of the broadcasters themselves is growing, meaning that the FIFA Women’s World Cup can reach wider and more diverse audiences,” he adds.

Given the nature of the event, 52 matches at nine stadiums across the country and a schedule that allows for production teams and assets to be used at more than one stadium, six host production crews will divide and conquer to ensure matches are produced to the highest quality. Each match will be produced using a mix of 1080p and UHD cameras and resources with 24 cameras at the core for all of the matches.

The opening match today, the semi-finals, and the final (to be played in Lyon on July 7) will have five additional cameras: a cable camera, two additional super slo-mo cameras, and two ultra-motion Polecams. In addition, all matches will have three handheld cameras that will capture pre- and post-match excitement.

“More than just the number of broadcasters, the profile of the broadcasters themselves is growing, meaning that the FIFA Women’s World Cup can reach wider and more diverse audiences.”

One major difference in production philosophy versus the FIFA World Cup is that FIFA TV and its experienced appointed host broadcaster HBS will operate out of regular OB vehicles rather than the two-story cabins that have become part and parcel of the venues at the men’s event. But the goal, more than ever, is to make sure the end product delivered to viewers meets growing interest and demand for quality coverage.

“What our coverage will show over the next month is that the FIFA Women’s World Cup is now very much a premium competition and all 52 matches are produced accordingly,” adds Mitu. “Fans everywhere have come to expect a certain production standard of major FIFA competitions and we want to meet their expectations with a state of the art UHD offering. Furthermore, we are proposing rights licensees tailored social media content, including 360° videos, stills, infographics, and near-live videos, via a dedicated web-based interface.” 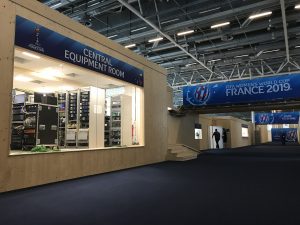 The hub of activity will be the IBC which will take up more than 5,000 square metres of the Paris Expo Porte de Versailles in the south west of Paris. Seven rights holders will join FIFA TV’s production staff of 230 this year at the IBC: TF1, Canal+, ARD/ZDF, BBC, CCTV, FOX Sports US and Telemundo. In 2015 that number was only five.

One of the key service offerings for the rights holders both at the IBC and beyond is the FIFA Media Asset Exchange (FIFA MAX) server. The server will offer up not only a wealth of content around the matches but also pre-produced content like host city profiles, promotional trailers, preview films, and more.

It all adds up to around 1,700 hours of non-live content and each day during competition rights holders will have upwards of eight hours of fresh content, including match previews, highlights, interviews, and more. And beginning two-and-a-half hours before kick-off to an hour after the match arrivals rolling footage of things like arrivals, post-match press conferences, and highlight clips will be available.

One advance from 2015 is that those who are not on site will be able to access the server.

“This was one of the key messages we kept hearing following the FIFA World Cup in Russia,” says Mitu. “Broadcasters would like to be more independent and be able to receive the footage at their headquarters back home, as if they were in the IBC. So, we took that on and are launching it.”

One big expansion of this year is the number of TV crews that will follow the teams. In 2015 there were only six crews with one team deployed to each host city. But this year there will a crew dedicated to each of the 24 teams, covering training sessions, post-match press conferences, and also in-depth interviews.

“Broadcasters would like to be more independent and be able to receive the footage at their headquarters back home, as if they were in the IBC. So, we took that on and are launching it.”

“They will actually stay with the teams, travel with them, eat with them,” says Mitu. “So, there will be hardly any moment of the experience missed.”

Also, on-site at the IBC will be the video assistant referee or VAR operations. The VAR team will operate remotely at the IBC and, similar to last year in Russia, will follow the match from the Video Operation Room and will be in direct contact with the referee officiating in the stadium via a sophisticated fibre-linked system.

“With the content we are providing this year, we are going for quality as much as quantity as we know that broadcasters are keen to receive ready-to-air items that will keep the viewers glued to their screens,” adds Mitu.