From aspiring DJ to Sky Sports: A1 mixer Alex Judd on being at the forefront of audio change 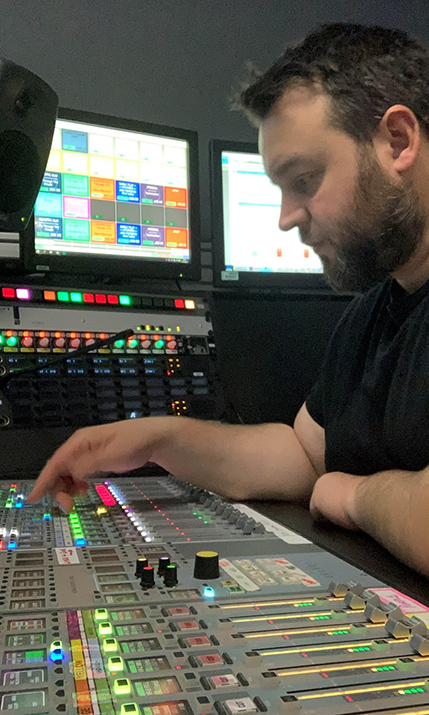 “My biggest career progressions have been when I have been trusted to perform at a high level, where there are either lots of viewers, or big stakes in project timelines.”

However, Judd adds it has not always been a career progression without bumps in the road: “I think the most defining moment was when a show I tried to supervise when first starting out went horribly wrong. I questioned whether I wanted to continue doing this as a career. Fortunately, I just went back and gave it another go.

“It’s not an easy job to develop in without mentors and the support of others. There’s so much to learn, and you need guidance on what is important to know and what to ignore when first starting out,” he adds.

Judd looks back at the challenges he has faced over the course of his career: “Technology changing was quite an interesting one. Before we built Sky Studio in 2009, I recall myself and a colleague naively thinking we’d cracked it. All of the studios had different quirks as they had been built at different times with different tech, so understanding all the local knowledge was crucial to getting shows to air. Then we moved into Sky Studios and started all over again. At that point I realised this would happen multiple times through my career.

“Now I’m on the forefront of that change,” he continues. “It looks like there are not that many staff jobs out in the industry, so Sky is special in that way. There are multiple directions to move in a company this size, but it’s important to focus on the value and skills you bring to any current role you are seeking employment in.”

“The hardest thing can be to stay abreast of all of the – often evolving – requirements of the project, especially when managing multiple projects. You need to have a clear overview of the interdependent technologies deployed to make the different jobs work. Joining all the bits of the puzzle together is the challenge, but its’ also a big part of the attraction”

Sports broadcasting audio is an exciting area that gives Judd a buzz: “The initial draw for me, working in sports broadcasting audio, was mixing live shows. The buzz of planning and executing the details of a big production came later on, but it was all intertwined with the thrill of live mixing, and also setting up communications. There’s an art in all of it, especially when it goes well.

“The draw for me now is in understanding larger scale systems and tech which can be used to facilitate live productions from an audio perspective. I have always been into technology and had fun being creative with how to use it. Once you start to understand how systems connect together it almost becomes like puzzle to solve.” 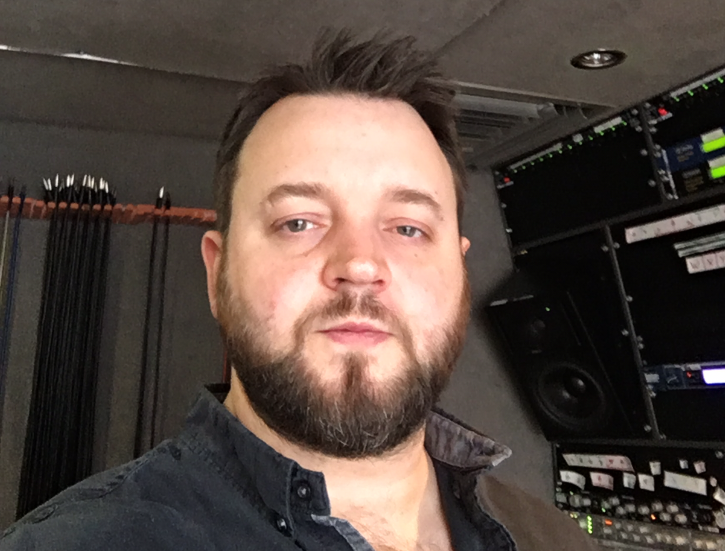 Alex Judd, technical specialist and A1 at Sky Sports

Today, Judd’s job is all about looking at the big picture for audio at Sky Sports. He notes: “My role is currently solely focused on technology, innovation and Sky Sports audio output on a macro level. I’m focussed less on firefighting issues brought on by COVID, and now engage the industry manufacturers with new tech plans and ideas that we are rolling into our cloud based virtual production suites. I also work with our sound team and production teams to help enhance our production sound by introducing new tech, workflows, and by pushing for sound to be at the forefront of what we do for live broadcast. We are pushing immersive 5.1.4 audio to be on all our top tier sports.”

He adds: “I enjoy the creativity of high-level thinking, and when a project or design is implemented well. I also enjoy learning from mistakes and challenging the way things are done in order to innovate. Some things I’ve tried have worked really well after bedding in.”

He goes on: “My current role is a culmination of hours spent thinking about and listening to sound with an objective ear, and with a commercial thought process to deliver projects tailored to their specific use. Getting the job was really about positioning, timing and having the backing and trust of many different managers and stakeholders to lead in this position.

On the difficulties of his current role, Judd notes: “Initially what was hard was just trying to understand the architecture of how all of the systems joined together, along with all the new people and their differing roles. It was like a whole new world from live production, but at the same time totally connected due to the technology.

“The hardest thing can be to stay abreast of all of the – often evolving – requirements of the project, especially when managing multiple projects. You need to have a clear overview of the interdependent technologies deployed to make the different jobs work. Joining all the bits of the puzzle together is the challenge, but its’ also a big part of the attraction.”

On what are the most challenging aspects of working in live sport audio today, Judd comments: “It depends on which angle, or which hat I’m wearing. As a sound supervisor, it’s the sheer volume of circuits, and aggregation of comms and audio combined with production demand. From a technical engineering perspective, a lot of the systems aren’t intelligent networks so line-ups are always time consuming and require manual intervention and human thought process to fault find.”

Yet some of those challenges have also become the most interesting projects he has worked on, notes Judd: “Some of the outside broadcasts in Europe have been quite cool; setting up and mixing large scale productions in a completely different environment, with engineers who work in a completely different way, allows you to learn and appreciate other ways of achieving the same results.”

Getting a foot in the door

On how Judd got into sports broadcasting audio, he started out studying music technology at college and university. He found out about the broadcasting industry through a friend that was already working in the sector. “I always had a keen interest in sound technology due to interests in music. Ultimately what got me there was chance, support from family and friends and a bit of dedication.”

His first foot in the audio door was at the BBC. Judd explains: “Discounting my previous life as an aspiring music producer and DJ, my first job in audio would have been working in the BBC archives centre, although it didn’t really feel like I was in a broadcast job specifically as it was primarily related to archives and checking reel to reels for damage.

“The first job I did in broadcast as a sound operator was at Quiz TV. I first learnt to mix live audio on a Calrec s2 analogue mixer. We had to endure hours of looped music against the backdrop of a presenter chatting away for hours. But it was a great place to start as you were just left to get on with it on your own. If it went wrong, you’d have to fix it, or figure it out within reason. That bit was a thrill.”

Next up, he got into Sky, where he has been able to progress to his current role. “My first job in sports broadcast audio was as a sound operator at Sky. It involved rigging studio floors, micing up guests, and setting up basic communications along with four wires. Making cups of tea and coffee was also required! Again, another great opportunity, and one that I couldn’t really turn down.

“My preconceived ideas were smashed when I went to work the first day and people weren’t all wearing lab coats…,” he continues. “Turns out it was quite similar, but with way more complexity and scale, to my previous job at Quiz TV. The biggest challenge was learning to mix and understand all of the technical lingo required to speak to other areas over intercom systems. I remember getting the job offer and being in disbelief as I was thinking I might not get the job.”

Yet while Judd himself is an audio success story, there is more to be done in the wider world of sports broadcasting audio in order to make the sector more representative of society. There is a lack of diversity in audio for sports broadcasting; SVG Europe recently held an Audio Group event discussing this issue in detail.

As to why this is an issue for sports broadcasting, Judd says: “I would say from the outside it looks like it might be a dull, geeky and unsociable lifestyle choice. I just think people aren’t necessarily aware of it as a choice of career.

“I didn’t know about it until I was made aware through a friend. The obvious plan for managers is to appeal to bring new recruits in via entry level positions. It’s important to have a diverse mixture of people from different backgrounds. I think any lack on this front is most likely due to historical, inherited generational privileges, although I find this difficult to apply to Sky due to the company’s conscious drive to break the mould on this matter.”

On advice Judd would give to people looking at moving into a role in audio for sports broadcasting like his own, he says: “My advice to people wanting to get into the industry is to reach out to companies and put yourself out there. Use all the tools available to make yourself known. LinkedIn, social media, industry events, and magazines all play a role in informing you about the industry and its opportunities.

“Learn as much as you can and put it into practice. And mistakes will allow you to learn, so don’t let it put you off. If anyone criticises you unfairly, or tries to dismiss your opinion, stand your ground (politely) and don’t give in.”