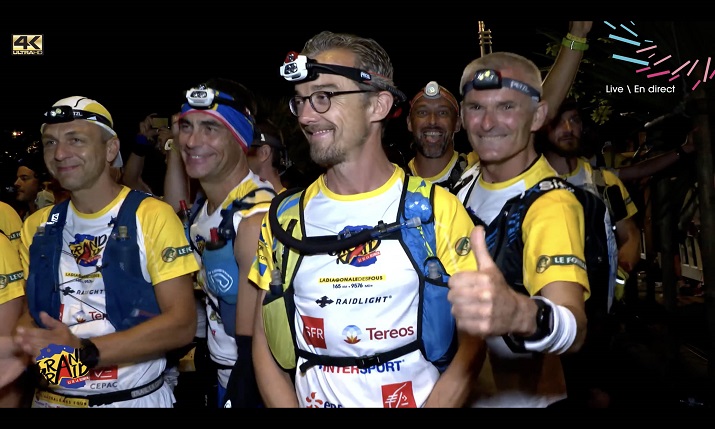 Globecast teamed up with France Televisions Overseas and its Regionale Directorate Réunion La 1ère to trial a 4K pop-up channel for coverage of the Grand Raid 2021 trail run.

Globecast also worked with Orange to create a trial of 4K contribution over 5G for the October event, which facilitated remote production of the ultra-running event on the Indian Ocean island of La Réunion.

Project lead and head of France Televisions Overseas distribution Pascal Gérard said: “4K is a natural evolution for France Televisions. We need to demonstrate that we are ready across our overseas territories for this move alongside 5G and remote production”.

The 4K pop-up channel test was a project between France Televisons Overseas and Globecast. All 4K local production was driven by Réunion La 1ère – a TV and radio broadcaster that that is part of the Premiere network, France Televisions’ Overseas division – and La Solution RF with more than 10 cameras and three drones, with four native 4K feeds and the upscaling of HD 1080p signals.

Globecast created and branded the channel, with pre-recorded content supplied by France Télévisons, Réunion La 1ère, The Explorers, Ateme, Eutelsat and Ilotdrones, with live coverage from the Réunion La 1ère production truck at the start line sent straight to Paris.

Once all the content was received in Paris, it was then uploaded for playout in the cloud. Globecast then managed the global channel media supply chain for OTT distribution via CDN. It was also streamed on YouTube Live and Facebook Live.

Additionally, Globecast managed the supply of the pop-up channel to Eutelsat for the DTT-by-satellite platform FRANSAT Ultra HD. Globecast also delivered the channel to TDF for DTT distribution on La Réunion.

The 5G trial was initially planned to work in parallel, but as the race unfolded, Orange and Globecast’s 5G Non-Standalone ‘bubble’ covering the stadium finish line was used live for two 4K contribution feeds to the pop-up channel.

Following regulatory approval for the trial, Orange deployed a new 5G antenna mounted on a mast on a truck directly connected via fibre into their core network. Tests at the finish line using mobile terminal shows bandwidth up to 1 Gbps downlink and 150 Mbps uplink.

“However, when we saw the initial results, we decided to use 5G for remote production connectivity. So, at the finish line, we used an aggregator to combine the very impressive 5G ‘bubble’ bandwidth with that from the fibre to create completely hybrid and secure contribution feeds. It worked extremely well and showed what the future holds.”

Technical director at Orange in La Réunion Eric Grand said: “Testing 5G in real conditions for technical implementation was a first for us. The test was conclusive because the results obtained, particularly in relation to video content, were impressive. This was a promising partnership that’s urging us to take things even further.”

Regional head of Réunion La 1ère Frédéric Ayangma said: “Both these trials showed the sheer depth and breadth of engineering talent involved. Réunion La 1ère is proud to give its best for Grand Raid and Réunion island coverage to audiences anywhere in the world.

“Globecast also brought its years of live contribution and distribution experience to the tests. The challenges on our island are not to be underestimated, alongside the nature of the event, but it’s only via this level of challenge and experience that true, real-world knowledge is gained. We are looking forward to the future.”

Globecast chief executive and chairman Philippe Bernard added: “Creating winning ecosystems, in partnership with other market-leading technology and service suppliers, is our and others’ future.

“This experience was invaluable for all parties and was a huge success. It shows how we reach from contribution through distribution, as we always have, but now increasingly using technologies of the future that bring new capabilities and ways of working. I congratulate everyone involved.”